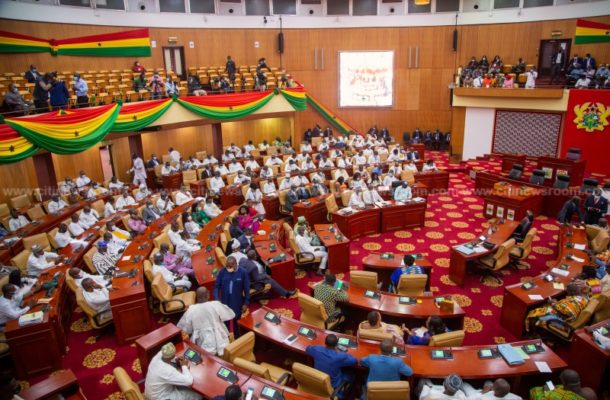 The Speaker of Parliament Alban Bagbin has disclosed that fifteen Members of Parliament have tested positive for COVID-19 after tests were conducted by the Noguchi Memorial Institute.

He also added that fifty-six members of the parliamentary service staff have also returned a positive test after screening.

According to the Speaker, all the infected MP's and Parliamentary Service staff have been been contacted while they have been asked to self isolate while prescriptions have been given them to aid in their recovery.

"56 out of 193 members of the parliamentary staff  have also tested positive and they have been asked to self isolate while prescriptions have been given them to aid their recovery" the Speaker announced.

The speaker has also announced that other measures have been instituted which includes parliament sitting on twice from next week among other measures.

He also announced that the housholds of the infected persons will also be screened to prevent further spread.

"Parliament has also taken steps to test the households of the 15 MPS and the 56 members of staff so that they do not infect their household after isolation."

The Speaker revealed that 227 MP's had submitted themselves for testing while others who did the test at private medical laboratories have been urged to submit their results to the head of medical services in Parliament.