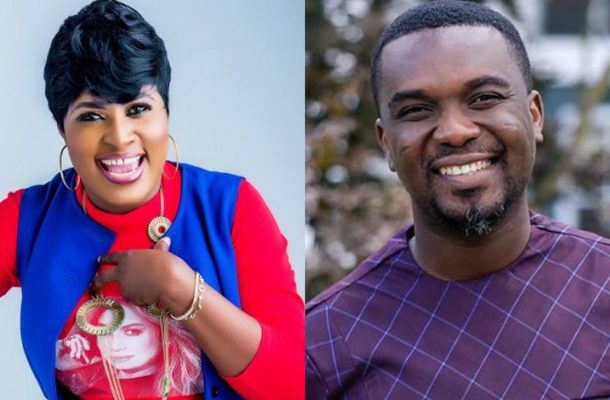 The “Wafom Kwan” hitmaker has been at the wrong side of Internet trolls and gospel music lovers after she went on radio to say Joe Mettle isn’t the reigning gospel musician in Ghana.

Her comment attracted a lot of insults and trolling on social media.

And to rub salt into the wound, Abeiku Santana has said Patience has allowed the devil to use her against Joe Mettle.

He made this statement on his show on Okay FM on Tuesday, May 26, adding that there’s a 'demonic agenda' in this country against Joe Mettle.

“Patience Nyarko has allowed the devil to use her against Joe Mettle,” he said. “Have you seen a lion eating lion before? How can a Christian attack fellow Christian?”

He said the word of God used in the composition of songs doesn’t belong to anyone so Patience Nyarko’s argument is not valid.

“The bible doesn’t belong to anyone,” he said.

“This is purely a demonic spirit against minister Joe Mettle but it will not survive. That demonic agenda against Joe Mettle will not wash in this country.”

Watch the full video below.