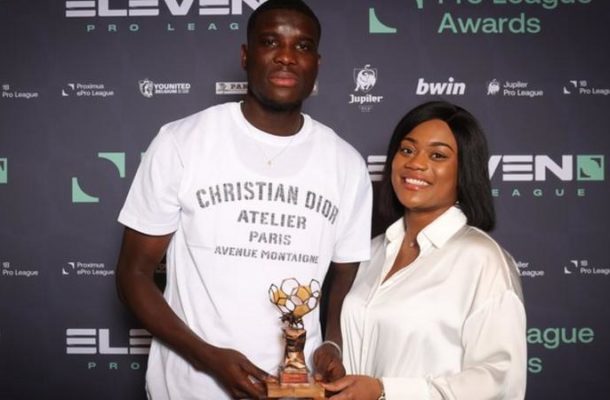 Nigeria international striker Paul Onuachu has been named the Belgian Professional Footballer of the Year for 2020-21 after becoming the top-scoring African in Europe's top 10 leagues.

He has also been nominated for the Ebony Shoe, which is awarded to Belgium's best African player or player of African descent, with the winner announced on 7 June.

"I would like to dedicate both awards to everyone at Genk and our fans who have supported me since I got here," the Super Eagle said.

"This is for the fans because I've missed you all in the stadium and I hope to see you all soon."

Onuachu, with 29 goals in the regular season and another four in Belgium's play-offs, emerged as the top African goal scorer in Europe this season.

He finished ahead of Zambia's Patson Daka, who won the Austrian Bundesliga title with RB Salzburg, as he scored 27 goals (23 in regular and four in playoffs) in the top 10 of Uefa's coefficient rankings.

The Nigerian's 33 goals this season makes him the first African in the 118-year history of the Belgian top flight to hit the 30-goal mark and surpassed Tunisia's Hamdi Harbaoui, who scored 25 goals for Zulte Waregem in the 2018/19 season.

Jupiler Pro League organisers also noted that his impressive season has seen him break the 30-goal mark for the first time since another Genk player, Wesley Sonck, scored 30 in the 2001/02 season. 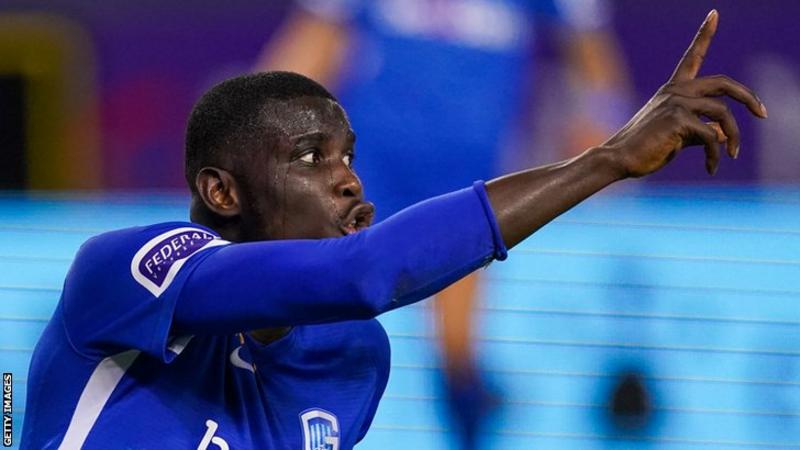 Onuachu could also become the first Nigerian to win the Ebony Shoe since Celestine Babayaro's success in 1996 while he was playing for Anderlecht.

The other names on the shortlist are Onuachu's teammate Theo Bongonda, the Anderlecht duo of Albert Sambi Lokonga and Lukas Nmecha as well as Clinton Mata from Club Bruges).

Expectedly Onuachu has been linked with several clubs in Europe, but the striker who joined Genk from Danish club Midtjylland in summer 2019 says wining the top two awards in Belgium will keep him motivated for the future.

"Rewards like this will always give me the extra motivation and encouragement to go much further as a footballer," he added.

As well as scoring goals at club level he has also ended a two-year struggle in front of goal at international level.

In March 2019, Onuachu scored Nigeria's fastest ever international goal against Egypt on his full debut, which helped the Super Eagles to their first victory over the Pharaohs in 29 years.

He then had to wait two years for his second goal, and this time he scrambled in Nigeria's winner deep into injury time as they beat Benin 1-0 in Porto Novo to celebrate qualification to the 2021 Africa Cup of Nations.

Three days later, he scored his third goal international goal in 10 appearances and helped Nigeria coast to a 3-0 win over Lesotho as the three-time African Champions wrapped up their Nations Cup qualifying campaign unbeaten and top of Group L.