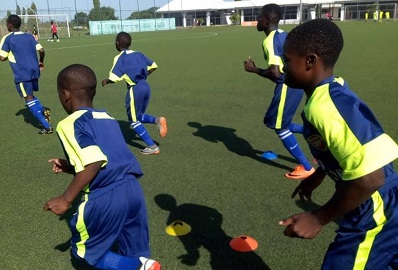 The Ghana Football Association has on Wednesday 28th April launched the much talked about Juvenile Football League which is scheduled to start on May 7, 2021.

Penalty kicks have caused Ghana a lot of heartache since time in memorial and the GFA have introduced penalty shoot outs to decide the winner of matches which ends in a draw.

President of the Ghana Football Association, Kurt Okraku made this known during the launch of the competition at the GFA secretariat.

Ghana has suffered a lot of of pain due to our failure to convert penalty kicks in major tournaments with Senegal 1992 coming to mind when Ghana failed to win the AFCON title due to the penalty problem.

In 2015 it happened again when 1992 opponents Ivory Coast pipped up again to AFCON title while Ghana failed to secure a semi final berth at the 2010 World Cup against Uruguay among others.

Other national teams both male and female have all suffered penalty failures at major tournaments.

According to the GFA President, this initiative will help inclucate the skill of converting penalties into the young players even before they grow.

“For so many years, Ghana has suffered a lot from our inability to score at the penalty spot when games end in stalemates. The Black Stars we remember Senegal 92 (which is) just one of the key examples,” he said at the launch.

“So beginning this season, all juvenile games that end in stalemates will be decided via penalty shootouts. So what that means is that when the game ends in 0-0, 1-1 or 3-3 we’ll resort to the penalty shootout to decide the winner.

“The winner gets 2 points while the losing team one,” he concluded.