PHOTO: 7 men arrested for killing a 12 year-old boy for rituals in Volta Region 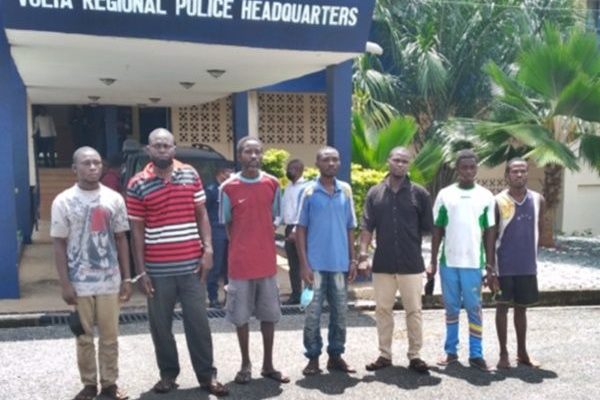 Seven persons have been arrested in connection with the disappearance and murder of 12-year-old Cornelius Negble at Nornyikpo in the Agotime-Ziope District of the Volta Region.

According to the Police, five of the suspects admitted to playing various roles in the abduction and killing of the deceased for ritual purposes and narrated how the murder was orchestrated and executed.

The Volta Regional Police Commander, DCOP Edward Oduro Kwateng, said one of the suspects, Mr Ashitor Atsikpo who deals in human parts, told them he was aided by two assigns of Mr Hunor Kofi, Mr Anani Koko, and Mr Morris to kill the boy.

This was after they succeed in luring him into a nearby forest.

The corpse was delivered to the shrine of Mr Hunor Kofi in Nudowukorpe in fulfilment of a promise by Mr Ashitor Atsikpo to make available human parts to use in performing sacrifices in building a new deity.

Sargeant Prince Dogbatse detailed that preliminary investigations revealed Mr Senanu’s involvement in the murder of the little boy for ritual purposes.
He explained a second visit to Mr Hunor Kofi’s shrine led to the exhumation of the 12-year-old boy’s head while his maggot-infested headless body was kept in a sack. His kidney, heart and penis were removed.

“The body has since been removed and sent to the Police Hospital in Accra for preservation and autopsy”, he said.  He explained it took a collaborative effort with their counterparts in Togo to arrest Hunor Kofi, who fled to the neighbouring country upon sensing danger.
All seven suspects have been remanded into Police Custody by Samuel Essel Walker after they were arraigned before the Kpetoe District Magistrate Court and would reappear on July 5, 2021.

He, therefore, urged the public to timely inform the police on suspected criminal acts to avert the unfortunate from happening. 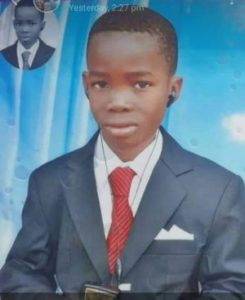