PHOTOS: 16 persons dead in a glory accident on Accra-Kumasi highway 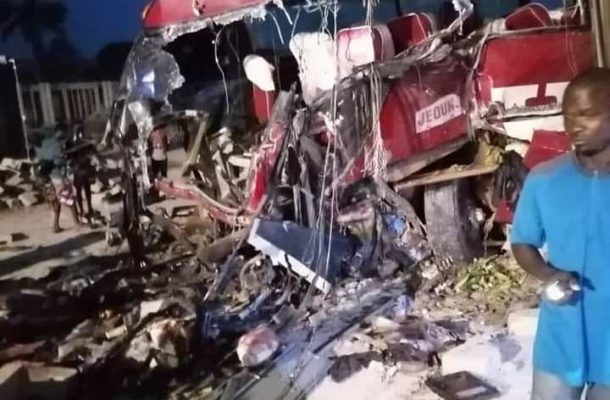 Officials of the Ghana National Fire Service and personnel from the Police Service are at the scene rescuing injured persons said to have been trapped in the two accident vehicles.