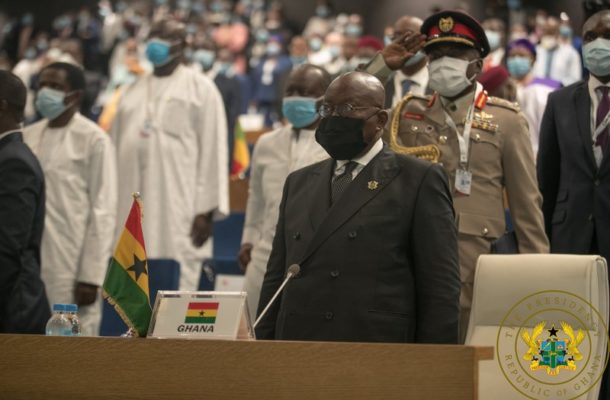 President Akufo-Addo has been elected as the new Chairman of the Economic Community of West African States (ECOWAS), at the ongoing 57th ECOWAS Summit, which is being held in Niamey, capital of Niger.

Sharing the information in a post on Facebook, the Director of Communications at the Presidency, Eugene Arhin said the President was elected at the ongoing 57th ECOWAS Summit, which is being held in Niamey, which is the capital of Niger.

President Akufo-Addo will take over from the Niger President, Mahamadou Issoufou who was elected on June 29, 2019.

His election makes him the 35th President to chair ECOWAS since its inception in 1975.

He would have a year’s mandate within which he would run the affairs of the Regional body.

President Akufo-Addo was accompanied by the Minister for Foreign Affairs, Hon. Shirley Ayorkor Botchway MP; Minister for Finance, Ken Ofori-Atta; Governor of the Bank of Ghana, Dr. Ernest Addison, and officials of the Presidency and the Foreign Ministry.

The President will return to Ghana on Monday, 7th September 2020, and, in his absence, the Vice President, Alhaji Dr Mahamudu Bawumia, shall, in accordance with Article 60(8) of the Constitution, act in his stead.