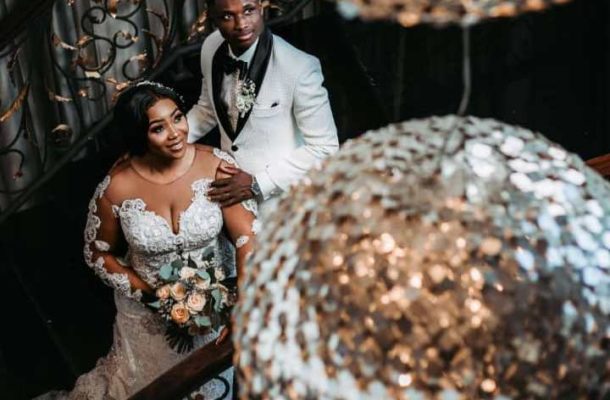 Ghanaian winger Evans Mensah tied the knot with his pretty girlfriend Justina Amoabeng in a plush ceremony at the Marriott Hotel gardens on Saturday 12th June,2021.

The event was graced by a host of players both former and current ones and officials of various football clubs across the country.

Mensah who is currently on loan at Qatari side Al-Kharaitiyat from Al-Duhail walked down the aisle with his Finland based Ghanaian nurse at the grand event.

The former Inter Allies winger who had stints with Finland side HJK Helsinki before moving to the gulf region.

He has been capped once by Ghana against Mozambique in a 2017 Africa Cup of Nations qualifier and was part of the Black Meteors squad that played at the 2019 U-23 AFCON which Ghana failed to qualify for the Olympic Games.