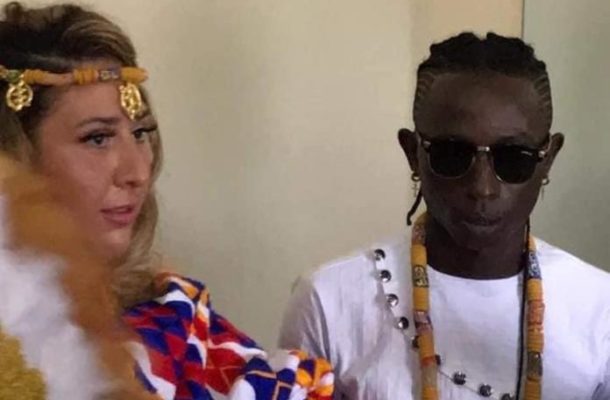 Ghanaian musician Justice Amoah popularly called Patapaa has tied the knot with his German girlfriend Liha Miller in a beautiful traditional marriage ceremony at Agona Swdru in the Central Region.

Patapaa and his German girlfriend have been the toast on Social media with their incessant pictures whiles hanging around together.

In the presence of family members, friends and loved ones Patapaa is seen dressed in a long white caftan with his bride Liha Miller clad in traditional Kente cloth with beads on her neck, arms and head as they seal their marriage as Ghanaian customs demand. 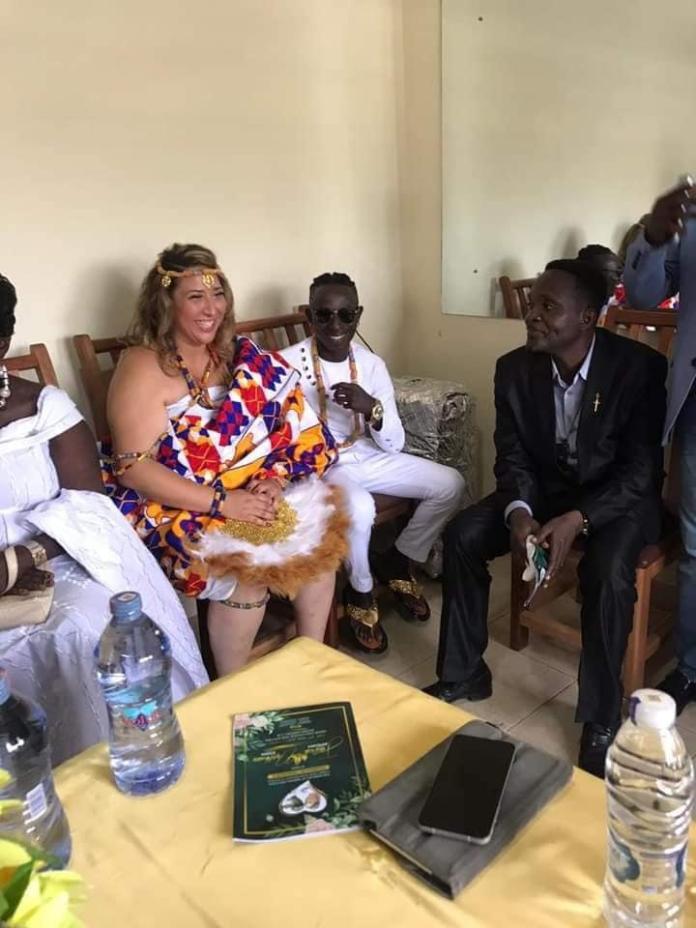 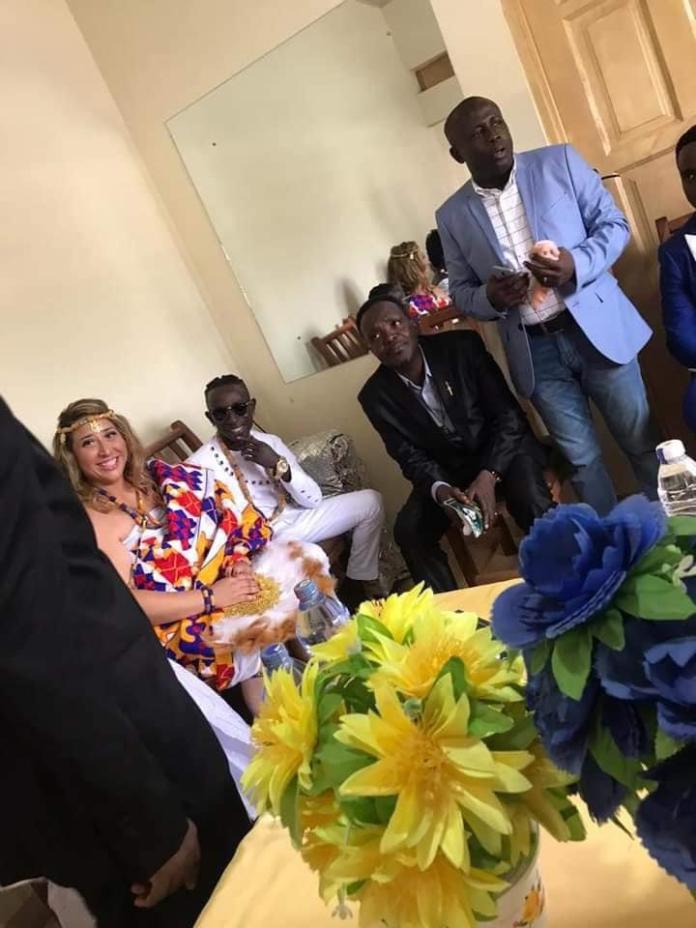 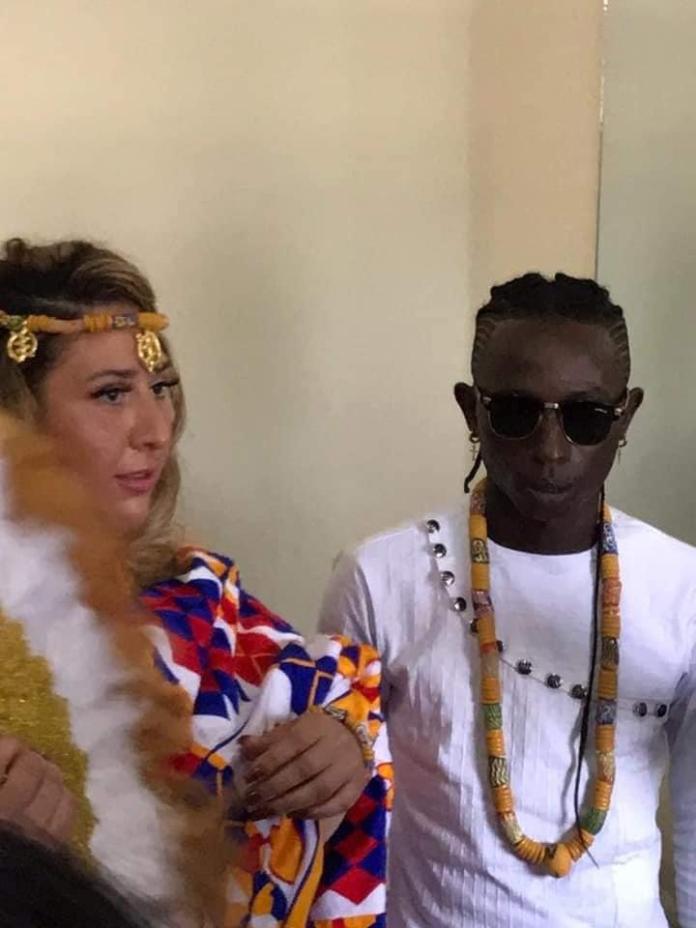 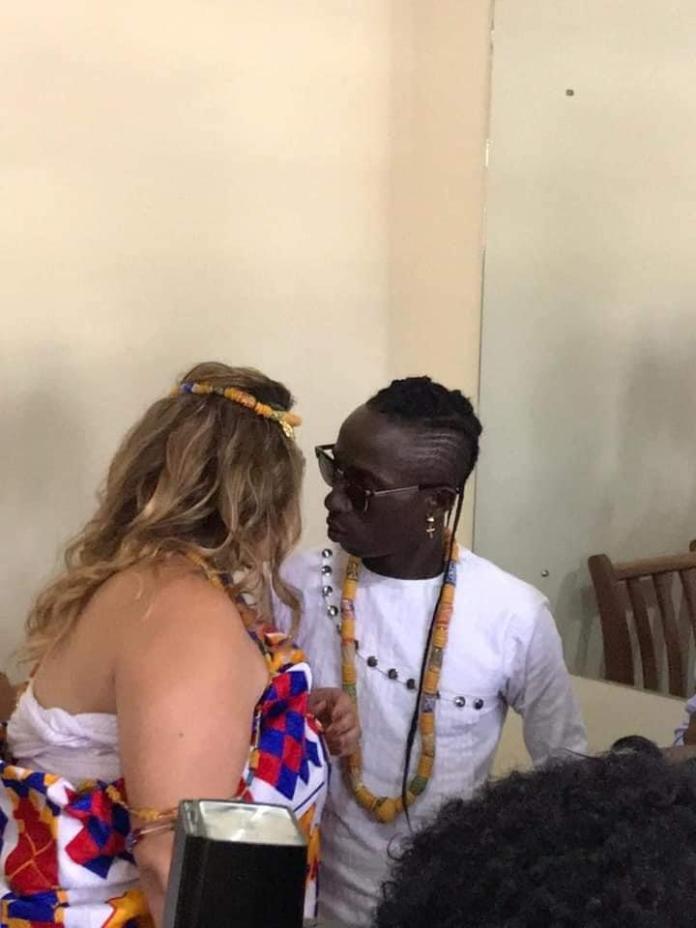 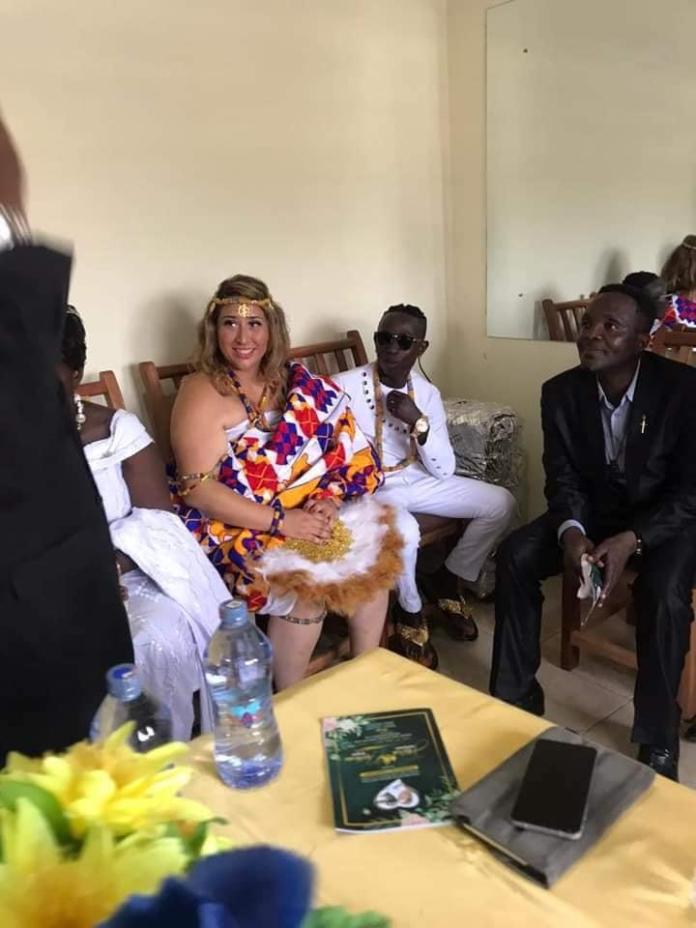