PHOTOS: Surgeons suspended for taking selfies during a surgery 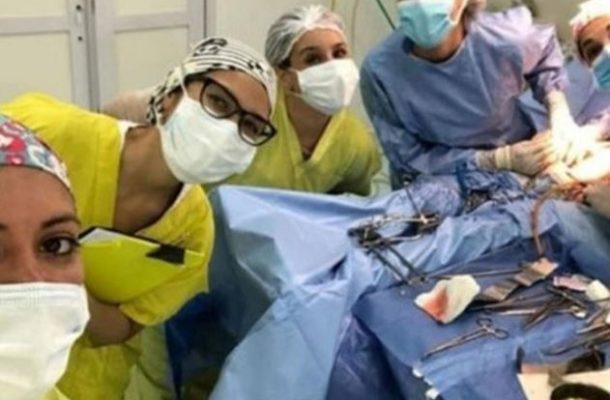 A team of surgical staff got suspended for taking selfies mid-operation and posting them on social media.

The group of medical professionals, including the surgeon, anaesthesiologist, two surgical assistants and a surgical nurse, work at the Hospital San Jose de Capilla del Senor in Argentina.

The images were taken during an operation and shared on the social media account of one of the surgeons,Lorena Olguin, who works in the gastroenterology area of the hospital.

The photos show the medical team looking at the camera with their surgical masks and gowns on.

One of them shows three of them standing over the patient lying on the operating table, and another with the whole team showing the equipment used in the surgery and bits of gauze with blood on it.

The hospital authorities say they have suspended all of those shown in the photo because they consider it irresponsible behaviour. 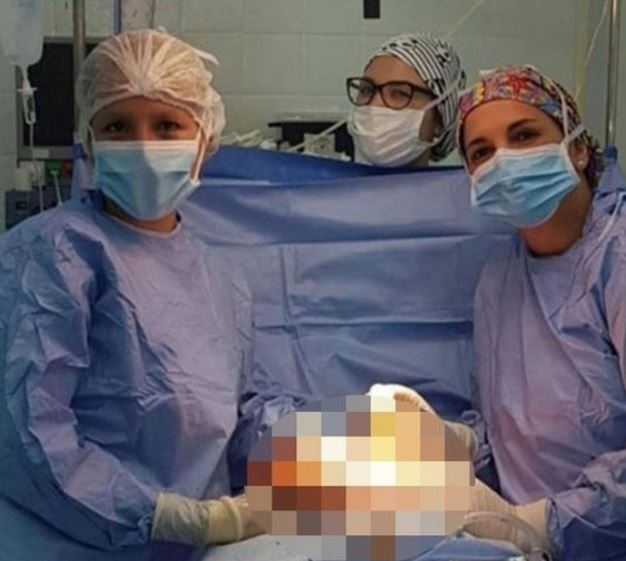 The image was deleted from social media by Olguin, who told local media that she did not take it, but just shared it on her social media page.

“I have been really affected by all of this, I would like to publicly apologise to the people of Capilla for having visually offended them with these images, it was not the intention of any of us that all this should happen,” she said.

The Health Secretary of Exaltacion de la Cruz, Ricardo Algranati, told the press that both the doctors and the rest of the staff who participated in the photo have been temporarily suspended. “They’re all under indictment. The director of the hospital immediately opened an administrative investigation into their actions. The legal department will determine the degree of responsibility of each of those who intervened and the sanction that is to be applied” he said.