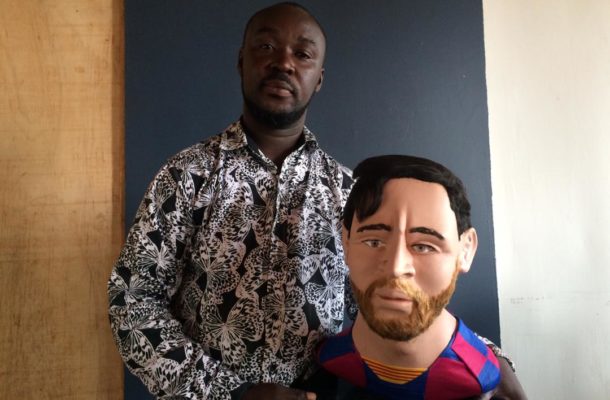 He has so many admirers world over due to his sheer brilliance and talent on the football pitch.

The little magician has found his way in the hearts of many football lovers and time without number there has been manger effigies done for these stars.

The 33 year old Rosario born is having a torrid time on the pitch after the humiliating 8-2 drubbing by Champions League winners Bayern Munich but when he sees this effigy done by 36 year old Ghanaian sculptor he will appreciate it.

Dominic Ebo Bismark, the owner of YungRich Designs is an art graduate from the Kwame Nkrumah University of Science and Technology (KNUST) Kumasi who does portraits, fountains and statues.

He idolizes the Barcelona legend and for years has been trying his hands on the legendary Barcelona and Argentine talisman.

More often than not effigies done by sculptors have little or no resemblance to the person but this looks exactly like Lionel Messi.

Ebo Bismark dreams of presenting the effigy to the six time ballon d'or winner in person some day but this may only be a pipe dream.

"I did this purposely for Lionel Messi. He has won the ballon dor for six consecutive times so I did to really honour him." he told Nationalist TV on Youtube.

"And also if I get the chance to present this to him I will be very much grateful" he added. 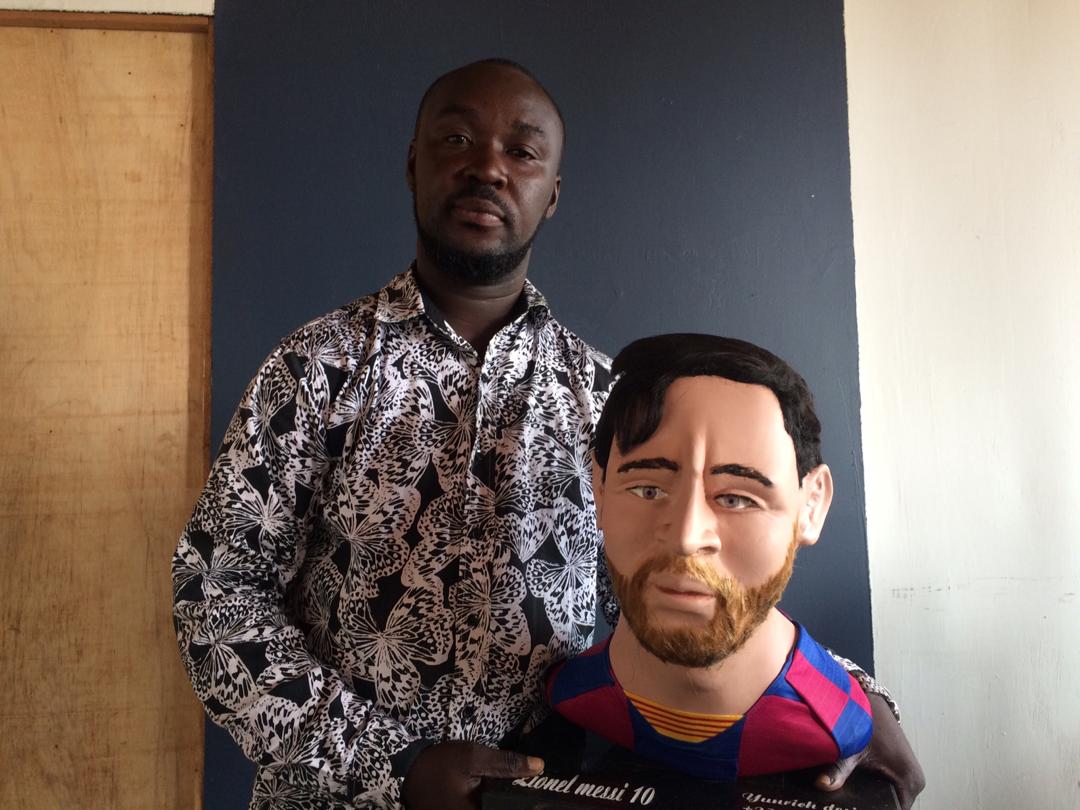 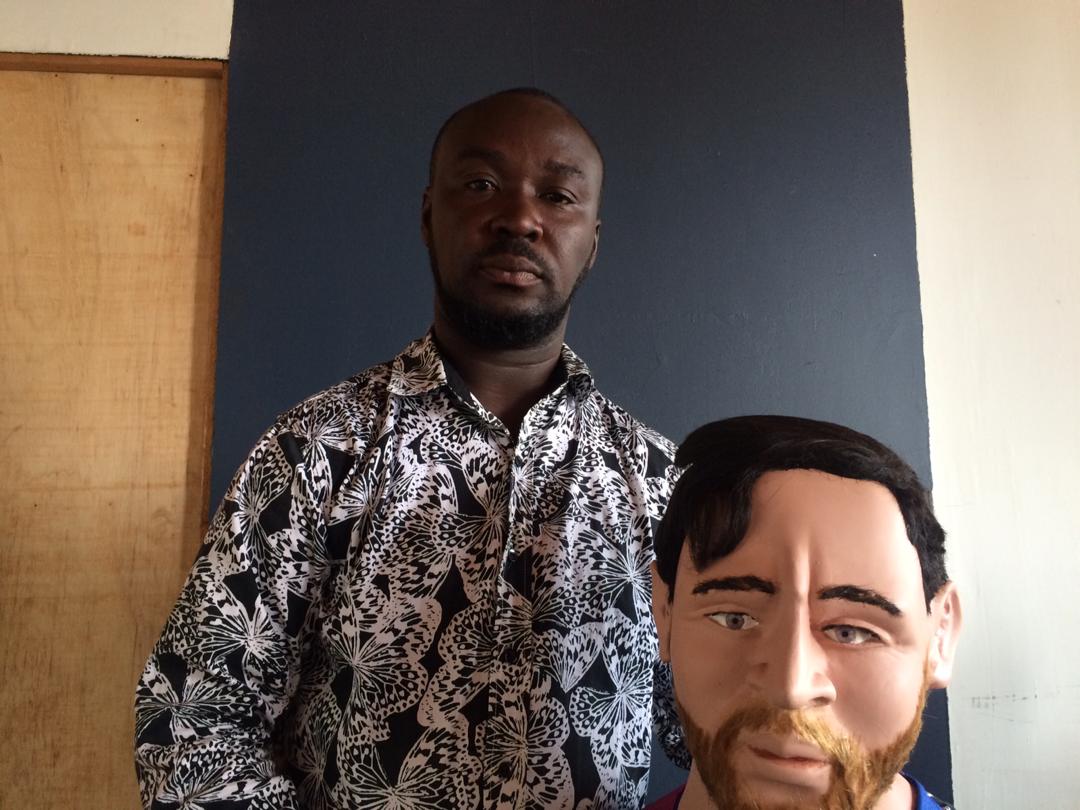 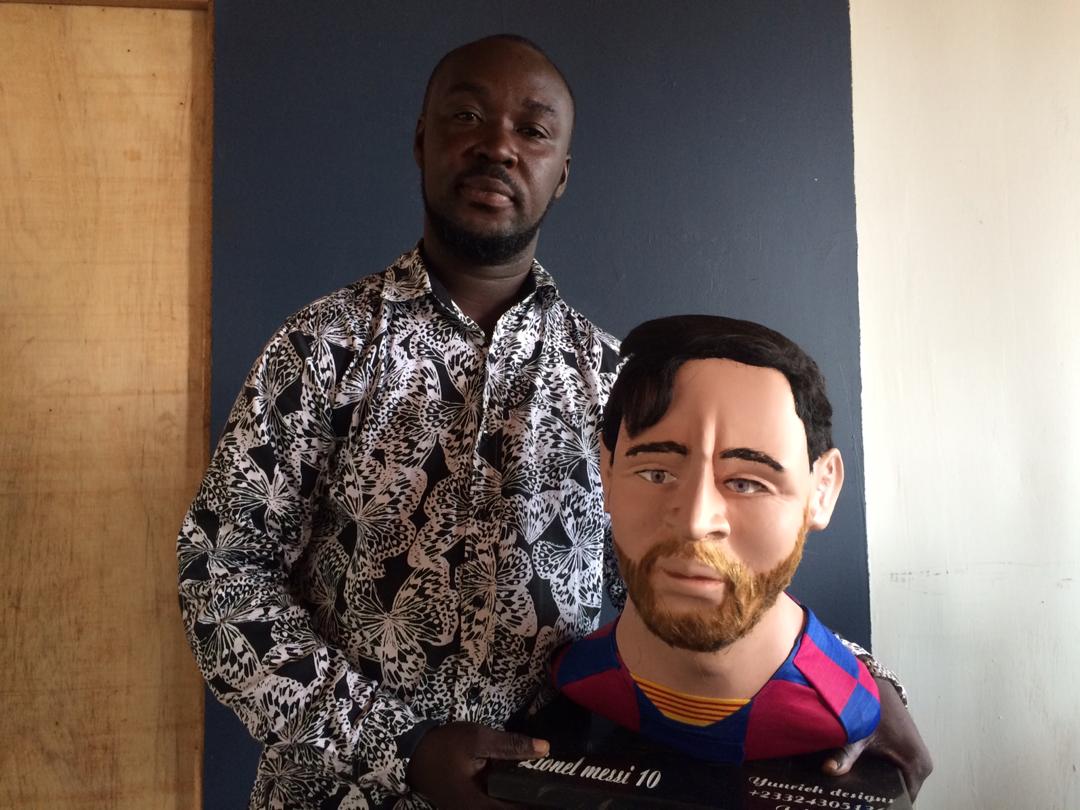 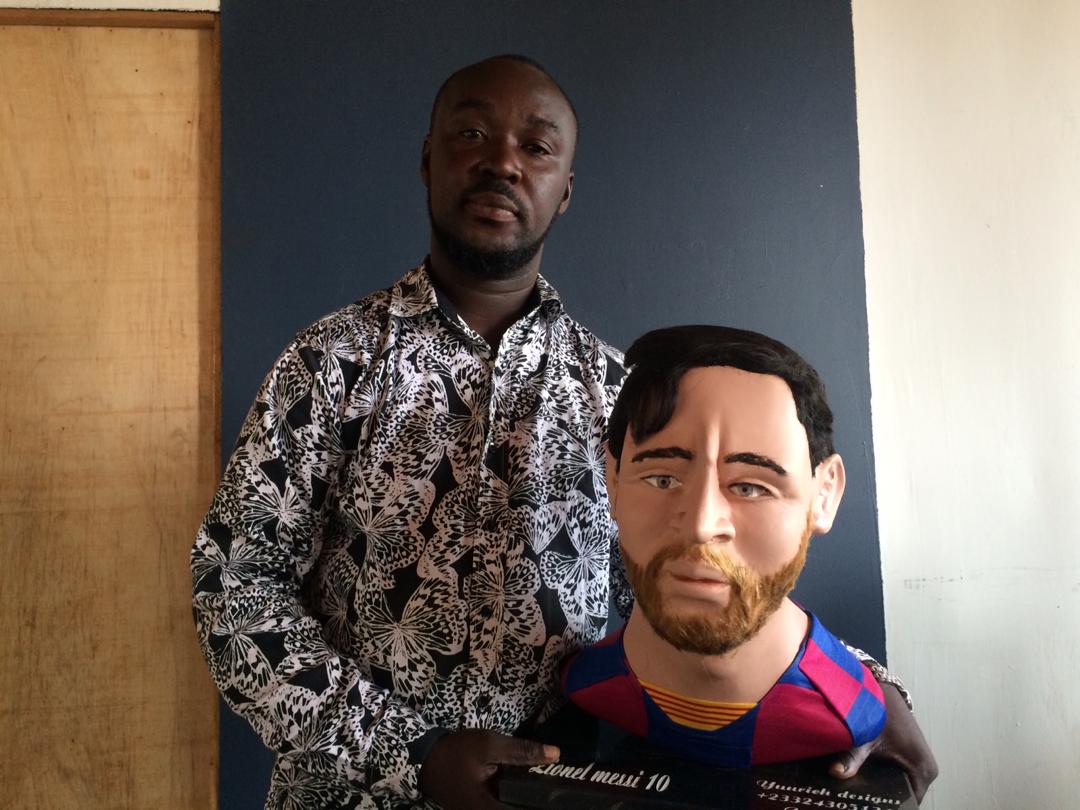 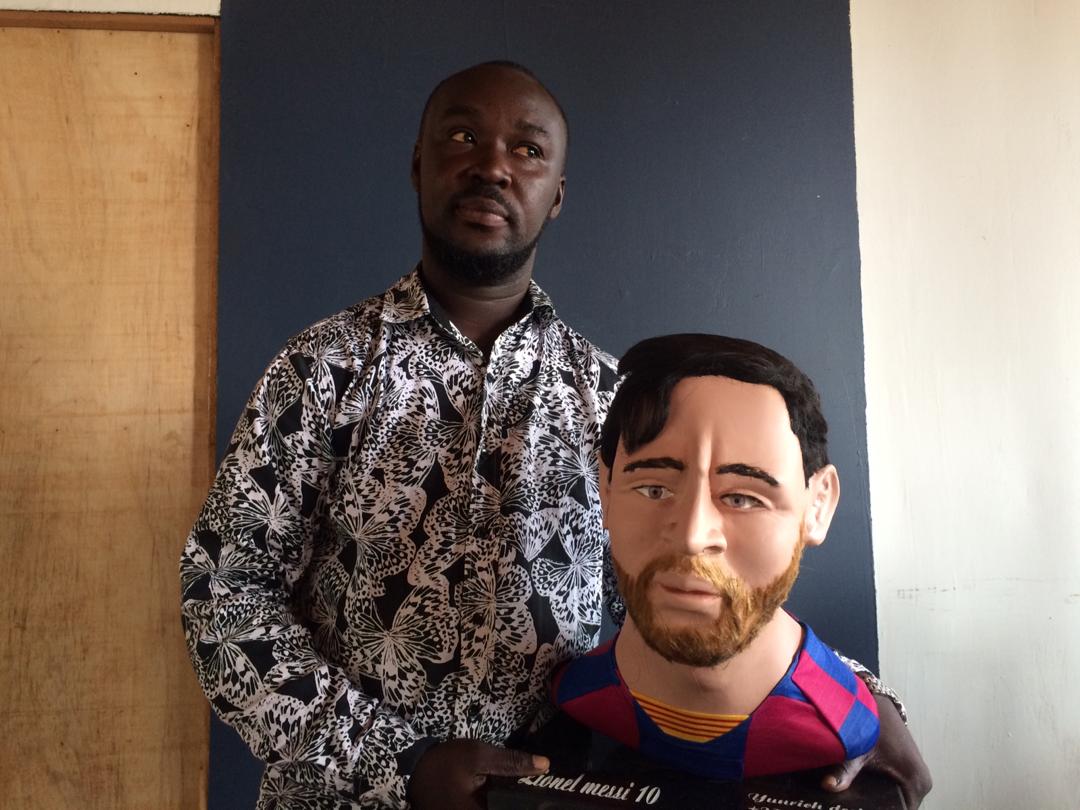