A Plus Replies Kofi Adams… 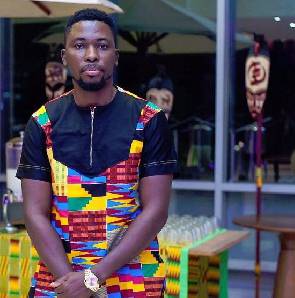 Controversial hip-life musician, Kwame Asare Obeng, popularly referred to as A-Plus, has debunked rumours made by Campaign Coordinator and National Organizer of the rulingNational Democratic Congress (NDC), Kofi Adams that he is a ‘drug addict’.

Reacting to the drug-addict comments made by Kofi Adams, A Plus revealed on First News Network’s flagship program, the First Show that he neither drinks nor smoke.
He added that he cannot even stand the smell of cigarette not to talk about engaging in it. And with the issue of hard drugs, he is nowhere close it.

This we believe was a result of the satiric piece titled ‘ABEN B3 BOM’ released by the musician.

The song which has gone viral on social media highlighted on the unchecked corruption and mismanagement of state funds by people in government.

The song also baptised several NDC members including Kofi Adams who is now a tycoon and building mansions overnight when while in opposition he could barely make ends meet.

Reacting to the statement made by the Campaign Coordinator of the ruling National Democratic Congress (NDC), Kofi Adams, A-Plus says it’s quite unfortunate the campaigncoordinator doesn’t know he doesn’t drink hard liquor or even smoke cigarette.

A- Plus says such comments comes to him all the time and this very one is no news as his main aim is to touch on ailing issues confronting the nation.