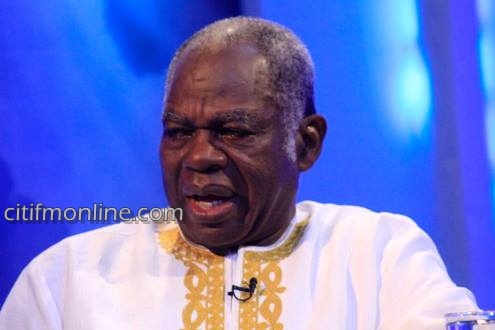 The National Executive Committee (NEC) of the People’s National Convention (PNC), has settled on Emmanuel Anyidoho as its running mate to flagbearer, Dr. Edward Mahama. A statement from the party explained that, “the choice is hugely influenced by his humility, grasp of the Ghanaian situation and his exemplary and visionary leadership.” Emmanuel Anyidoho, a Havard-trained economist, has in the past worked with United Nations (UN), the African Union (AU), the Ministry of Finance and also taught at the University of Ghana, Legon. This announcement follow the PNC’s indecision on initial day settled for announcement its running mate on August 31. Ahead of the polls in in December, the PNC joins the National Democratic Congress (NDC) and the New Patriotic Party (NPP) as the only traditionally prominent political parties to have named their running mates. The Progressive People’s Party (PPP) has also named a running mate. The Ivor Kobina Greenstreet led-Convention People’s Party (CPP) is however yet to select a running mate. Find below the full statement The Five member Committee mandated by National Executive Committee (NEC) to sift through and come out with a suitable Vice Presidential Candidate has after thorough engagement settled on Havard Trained Economist, Comrade Emmanuel Anyidoho as ultimate.

The choice is hugely influenced by his humility, grasp of the Ghanaian situation and his exemplary and vissionary leadership. Comrade Anyidoho has in the past worked with United Nations (UN), worked with the African Union (AU), the Ministry of Finance and also lectured at the University of Ghana. He comes to the table with alot of experience to compliment the exceptional and impecable record of Dr. Edward Nasigrie Mahama. With this selection, a suitable date would be announced for the outdooring of the next VP of Ghana Signed National Chairman.