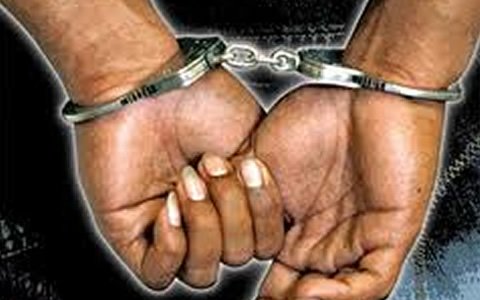 Police in Amasaman, a suburb of Accra, have charged a 16-year-old boy who was allegedly forcefully sodomised by a man he calls ‘uncle’ with having carnal knowledge of the perpetrator.

(1) Whoever has unnatural carnal knowledge-

(a) of any person of the age of sixteen years or over without his consent shall be guilty of a first-degree felony and shall be liable on conviction to imprisonment for a term of not less than five years and not more than twenty-five years; or

(b) of any person of sixteen years or over with his consent is guilty of a misdemeanour; or

(c) of any animal is guilty of a misdemeanour.

(2) Unnatural carnal knowledge is sexual intercourse with a person in an unnatural manner or with an animal.

Based on the above, the police are charging Little Papa for sodomising Mr Owusu.

Narrating the incident, Little Papa said he was on an errand when Mr Owusu called him, pleading that he escorts him home to change his attire at home since he was heading his way.

However, despite his refusal, Little Papa said his perpetrator insisted on sodomising him. When he tried to run from the room, Mr Owusu picked a knife and threatened to injure him if he attempted to escape.

“He later laid the knife on a table close to where we were standing and I couldn’t run because I was scared he would hurt me with the knife.”

Little Papa said after trying relentlessly to talk 'uncle' out of engaging in the act, he gave in and decided that “I should rather insert my manhood in his anus. When I was done, he gave me a lotion to rub his manhood till he ejaculated.”

Little Papa informed his aunt about the incident when he got home.

The traumatized guardian, Vida Agbeko-Mantey then reported the case to the police who only responded six days after the incident when Joy News intervened.

Vida told Kwetey that although the police appeared prepared to follow the case, they accused the boy of being liable to the offence.

“I was shocked when the commander said he was surprised that our son was able to get an erection although he claimed to have been held at knifepoint. I told him [commander] that the man looked the door and threatened that if he did not do as he wanted, he will not let him out of the room and that is why he did what he did,” he said.

She said the police told her the family could avoid court if they withdrew the case and settled it at home. But she disagreed.

According to doctors, Little Papa appeared shocked and traumatized when he reported to the hospital for examination.

He didn’t sustain any physical injuries but he was given medication for post-exposure symptoms and possible retroviral infections.

However, there has been contrasting legal viewpoints on the propriety of the boy being charged. Human Rights lawyer Francis Xavier Sosu says the police erred in arresting and preferring charges against the boy as it contravenes his right as a child.

But criminologist and Dean of the Law faculty at the Central University Professor Ken Attafuah believes based on the evidence before the police, the  charge is correct and the boy must defend himself in court.