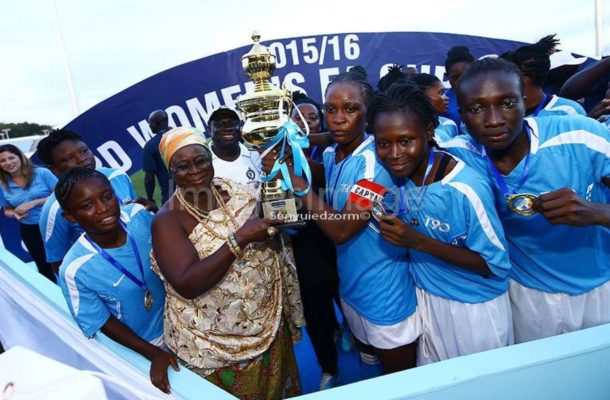 
The initial exchanges of the game was a bit balanced one, but it was Police Ladies who shot into the lead in the 40th minute through Faiza Ibrahim to beat former Black Queens goalkeeper Memunatu Suleimana in the post for Fabulous Ladies.

Sandro Boakye after the break brought Fabulous Ladies level in the 64th minute, but Faiza Ibrahim emerged as the hero of the afternoon as he restored Police Ladies’ lead in the 78th minute in what stood as the goal that won her side the championship.

Deborah Afriyie of Police Ladies was named the Most Valuable Player of the competition while Agnes Duako scored eight goals win the top scorer.

Police Ladies won a prize money of GH¢ 10,000 for winning the maiden edition of the Women’s FA Cup which was sponsored by Sanford World Clinic