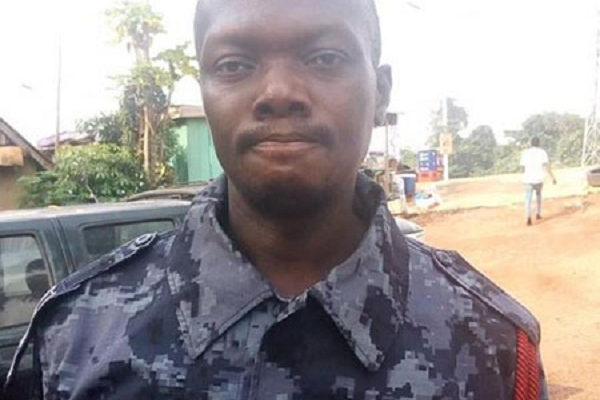 A Police Sergeant with the Suntreso District Police Headquarters, Kwame Baidoo has reportedly been found dead in his bathroom.

The officer according to a Daily Guide Report sighted by GhanaWeb was found lying unconscious in the bathroom by his wife, Sergeant Agnes Konadu who drew the attention of other officers for help.

The deceased was rushed to the Komfo Anokye Teaching Hospital for medical attention but was pronounced dead on arrival.

A police statement detailing the death of the officer reports that Sargeant Agnes Konadu upon her return from night duty on Monday, June 14, 2021, around 6:30 am found her husband lying unconscious in the bathroom.

The widow is said to have rushed to the Adankwame police station to lodge a complaint.

“The body was inspected and deposited at the same hospital morgue for preservation and autopsy”, the police report said.

An autopsy report on the deceased officer is yet to be made available.