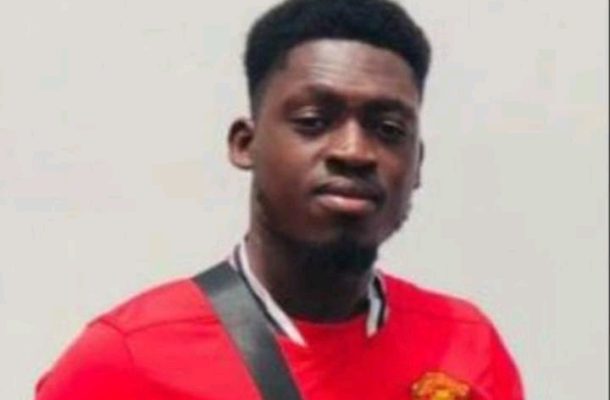 Loius Asante alias Gago has been placed on the Police wanted list for allegedly killing his girlfriend Police Woman Constable Sandra Asiedu in cold blood in Damongo in the Savannah Region.

The Police in Damongo are on a manhunt for Asante who allegedly stabbed and killed his supposed girlfriend after finding the lady with another man.

In the wee hours of Monday 2nd August 2021, news broke that one Police lady had been killed in her own room with the killer on the run.

A police reported sighted by Ghanaguradian.com, indicates that the deceased was stabbed to death on the night of  Sunday August 1,2021 in her room in a rented apartment in Damongo.

The report further stated that the crime is suspected to have been committed by her boy friend from Obuasi who visited her.

Landlord of the deceased Mahama Zakariah says that there was a loud noise emanating from the victim's room around 10pm on Sunday as a fight broke out between the accused boyfriend Asante and one soldier man who he met in the slain police woman's room.

But he says he was sick so did not go to the scene of the fight but later heard that they had stopped the fight.

He says on Monday morning they had not heard from the deceased so he went to inform the Police who forcefully opened the room only to see her lifeless body.

The body of the slain cop has been deposited at the morgue at West Gonja Hospital awaiting autopsy.