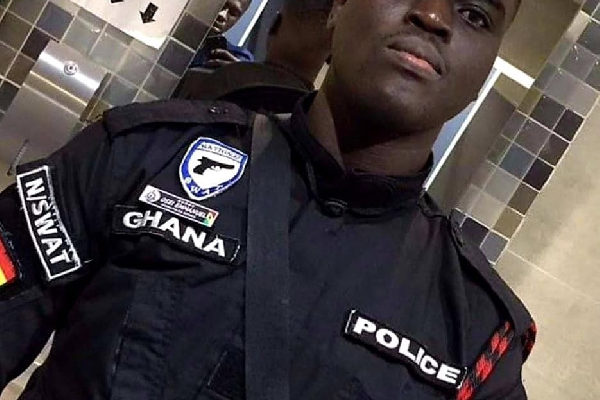 The late Constable General Emmanuel Osei, who was gruesomely murdered during a robbery attack on a bullion van, has posthumously been promoted to the rank of Lance Corporal.

Interior Minister, Ambrose Dery, made the announcement on Saturday, July 24, during the funeral ceremony of the late officer. This was revealed by JoyNews’ correspondent, Manuel Koranteng who was present at the scene.

According to Mr Dery, although the late Osei met his untimely death on June 24, at Adedenkpo, a suburb of James Town in Accra when a group of armed robbers attacked the bullion van he was escorting, he died a hero and will forever be remembered as such.

“Emmanuel Osei, he died a patriot. He died a professional, with high standards in the Ghana Police Service. He is a hero, he joins a long list of heroes and heroines who have died in the Police Service and we will continue to remember him,” he said.