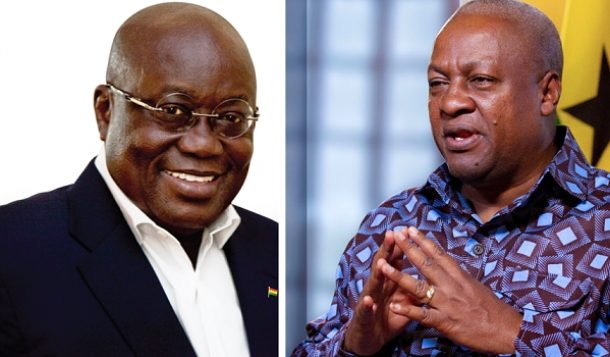 Policy think tank, IMANI Ghana, has said the campaign promises by leading political parties in the country are “almost empty” and “without substance.”

According to IMANI, three out of every four promises made so far by the political parties ahead of the December polls cannot be measured.

Although the various political parties, except for the People’s Progressive Party (PPP), are yet to launch their manifestoes, IMANI’s assessment is based on the promises made by some of the parties at the recent Institute of Economic Affairs’ evening encounters as well as those reported by the media.

Presenting the findings of the analysis, a researcher at IMANI, Stephan Reppen, noted that a total of 247 promises had so far been made by the various parties.

"It is clear that the vast majority of the promises that the party presents are not assessable. They are almost empty promises. A lot of issues arise from this," Mr Reppen said.

Highlights of the report

According to IMANI, out of 29 policies being promised by the New Patriotic Party (NPP), only one was found to be realistic.

On the free SHS policy promise by the NPP, IMANI said it would cost GH¢3.6 billion to implement the policy which is half the budget allocation for education. It also noted that the party’s promise to revive the National Health Insurance Scheme (NHIS) was immeasurable.

For the National Democratic Congress (NDC), IMANI concluded that six out of 20 promises made so far were realistic and attainable.

From its analysis, IMANI also identified that of the 49 promises made by the PPP, only three of them were measurable and attainable.

One of the PPP promises, IMANI found to be unrealistic was the free education policy from primary to the SHS level.

The think tank also concluded that out of the 38 promises made so far by the Convention People’s Party’s (CPP), only four were measurable and attainable. One of the unattainable policies IMANI identified is the mobilization of two million youth to plant 1.2 million almond trees to raise over $3 million.

On the part of the National Democratic Party (NDP), IMANI noted that the party had failed to come out with a plan of action to address the myriad of challenges it said were affecting the various sectors of the economy.