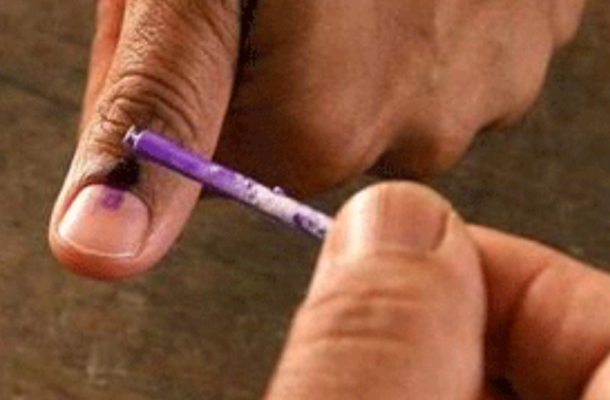 She walked majestically to the polling center flanked by her two able deputies. The whole place stood still, there was deafening silence and you could almost hear a pin drop. Everybody present paid rapt attention to every step she took, it was almost as if this was the moment everyone had been waiting for.

People willingly stepped aside as she drew closer, nobody dared stand in her way. In actual sense, it was in the entire community’s interest that nobody crossed her path.

To the community, she was the most important person! No election was going to change that, no matter how important people felt it was. She did not need 4 more to do more nor did she need to chant any ‘Afa’ songs. She had eternity to do more and she had our hearts already (our hearts de3, Hajia afa!).

She paused to think for a moment. She couldn’t believe how important she had grown to become. Her school teacher had always told her of how insignificant she will grow to become and the fact that she will amount to nothing.

She was shunned and rejected by the very people who were supposed to look out for her and encourage her.

Admittedly, she was different and somewhat problematic but she certainly wasn’t useless. All she needed was someone to give her a bit of direction and help her channel her energies better.

Also, she needed parents who could put nice ‘brown envelopes’ in her school bag to occasionally ‘encourage’ her teachers to give her their ‘vote’ of confidence. Unfortunately, she got none of that! Her parents could barely make ends meet let alone afford the ‘encouragement’ offering. As a result, she was always the rejected stone.

But here she was, living out the proverbial ‘rejected stone becoming the corner stone’ right before the community’s very eyes.

She could see Mr. Nti, one of her teachers, in the queue. She gave him a nod, he smiled gleefully, perhaps happy to have received acknowledgement from the most important person of the moment.

At that point, all it took was for her to make you part of her team and you would get a pass. Yes, she was powerful like that.

And her power came from the fact that she had a more important queue waiting for her a few meters from the polling centre. Over there, she was the president-elect, president-select and what have you.

She was number 1, number 2, heck, she was anything she wanted to be. A shout from an impatient customer awakened her from her thoughts and she proceeded to vote.

Her people were waiting for her to deliver what she had always delivered so well! They depended on her and it gave her so much joy and a great sense of responsibility. She was independent but a lot of people depended on her, and she definitely did not want to let them down.

There were loud cheers and pandemonium almost as she cast her vote and proceeded to walk back to her ‘constituency’ where she had no challenger, her endorsement has always been overwhelming.

Nobody in the queue complained at the fact that she had jumped the queue. In actual sense, they were happy to let her do it.

She was too important for her time to be wasted in queues and Mr. Nti bowed his head in shame, almost wishing he had done better years back. Too late I guess.

She got to her post with a smile on her face, she was proud at how her life had turned out against all the odds. She bid the first person in line to step forward and give out his order.

‘Give me Waakye 4 cedis, wele one, one egg, taalia and gari 2 cedis, one fish. Please I want plenty shito,’ he said. He proceeded to make 4 different orders. People in the queue winced and kissed their teeth.

One thing about waakye queues is that you could be 2nd in line but be 23rd in reality.

You might hit the streets in protest if you do not have this understanding.

Back to weightier matters, Hajia did something that always keeps me marveled. She looked into the skies and made some movements with her right index finger.

It was almost as if she was talking to the gods but no, she was engaged in deep arithmetic. She never carried a calculator but never got her figures wrong.

Not once! ‘Your order will come up to 38 cedis, 50 pesewas,’ she told the gentleman. He proceeded to pay knowing confidently well that Hajia will not issue a disclaimer to correct her figure.

She was too good for those petty errors. Mrs. Mensa, my neighbor, was next in line.

She was embarrassed at how good a ‘common waakye seller’ was good with numbers. ‘It must be the gods,’ she thought to herself.

Hajia looked at the line and was amazed at the sheer number of people that had queued to ‘buy her votes’. Scratch that, I meant to say ‘buy her waakye’.

Life had been fair to her. She was cast out, rejected and left to sink into oblivion. But here she was, with all these people depending on her for their livelihoods almost! They needed her almost like the air the air they breathed! She felt so proud!

And I promise you, this did not happen in Fomena! Her daughter Jean shouted ‘Maa, Mrs. Mensa is done with her order, please do the Math.’ She proceeded to do it with alacrity and precision, like always!