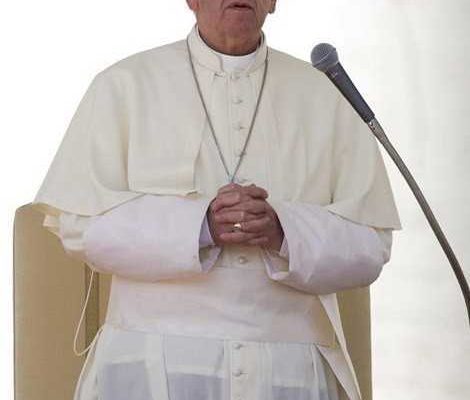 Pope Francis has ordered cardinals to take a pay cut and reduced the salaries of most other Vatican clerics as the coronavirus pandemic hits the Holy See's income.

Francis issued a decree introducing the proportional cuts starting on April 1, the Vatican said on Wednesday.

The pontiff has often insisted that he does not want to fire people in difficult economic times, even as the Vatican continues to run up deficits.

Many live in large apartments at well below market rents, and they are now being told they will have to take a ten per cent pay cut.

Most priests and nuns who work in Vatican departments live in religious communities in Rome, such as seminaries, convents, parishes, universities and schools - giving them greater protection from economic downturns.

They have much lower living expenses than lay employees - such as police, ushers, firefighters, cleaners, art restorers and maintenance personnel - who lives in Rome and many of whom have families.

It is these lay workers who the pope appeared to want to protect, as most of their employment levels were not listed in the papal decree.

Apart from the cardinals, other clerics will see their salaries reduced by between three and eight per cent.

Programmed pay rises will be suspended until March 2023.

The provisions will also apply to senior staff of other papal basilicas besides St. Peter's in the Vatican.

The Vatican's top economic official said earlier this month that the Holy See, the central administrative body of the worldwide Catholic Church, may have to use 40 million euros (£34.5 million) in reserves for the second straight year as the COVID-19 pandemic burns through its finances.

St. Peter's Basilica and the Vatican Museums, the latter a cash cow that received about six million paying visitors in 2019, were closed or only partially open for much of 2020 because of the pandemic.

The museums had been due to reopen this month but remained closed because of a new lockdown by Italy.