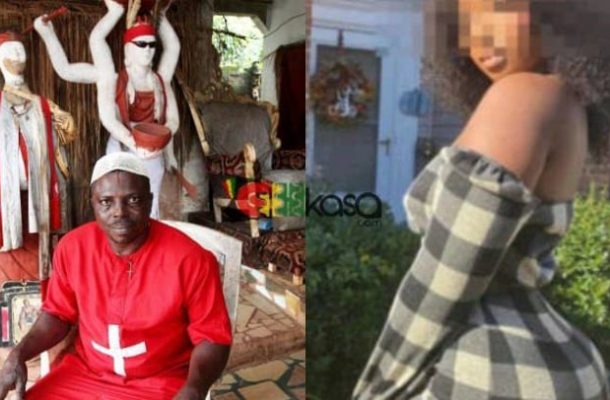 Popular juju man, Papa Dogo, is reportedly in ‘Coma’ at the Effia Nkwanta Regional Hospital in the Western region over broken heart after falling in love with a mentally unstable nurse.

According to information gathered by DGN Online, the Juju man who specializes in mental health received a nurse who was suffering from a psychological problem after discovering her boyfriend was cheating on her with her best friend.

Reports say at a point in time, the mentally unstable nurse tried committing suicide before she was referred to Paa Dogo for spiritual mental healing.

Paa Dogo who healed the patient decided to declare his profound love to the nurse, by sending flowers to the house only to find the nurse in bed with the ex-boyfriend.