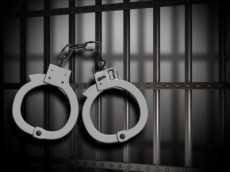 A head porter on Tuesday, appeared before an Accra Circuit Court accused of defiling a 13 year old girl at Nima.

Habib Abdala, the accused is said to have slept with the victim after he offered her an apple drink and indomie noodles.

The court presided over by Mrs Ruby Naa Akweley Qauison, however, after listening to the explanation entered a plea of not guilty and remanded him into Police custody to reappear on September 14.

Prosecuting Detective Inspector Kofi Atimbire said the victim is a pupil, who resides at Nima with her mother. Accused person also resides in the same vicinity.

Detective Inspector Atimbire said on August 20, the victim left the house unceremoniously after having a misunderstanding with her elder brother.

According to the prosecutor, the accused person met the victim around his house at about 8:30pm and lured her into his room to watch television.

While in the room, prosecution said, Abdala gave the victim an apple drink and the noodles to eat and she felt dizzy and slept.

Detective Inspector Atimbire said when the victim woke up the following day, she noticed she was naked while her pants and trousers lying somewhere in the room.

Accused threatened to kill the victim if she told her parents where she spent the night and gave her GHâ‚µ 5 to go home.

On reaching home, the victim told her mother what the accused person had done to her.

Her mother reported the matter to the Police and a medical form was issued to her to seek medical assistance.

The Police nabbed Abdala and in his caution statement admitted having sex with the victim.