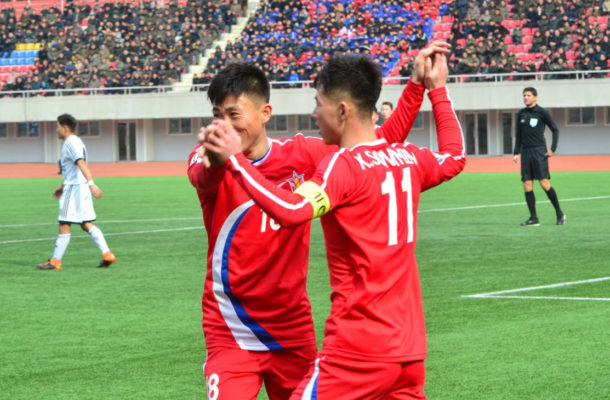 Pyongyang: Ryomyong SC of DPR Korea defeated Mongolia's Erchim FC 6-0 on aggregate in the 2019 AFC Cup following a 3-0 victory at the Kim Il-sung Stadium on Wednesday.


Ryomyong is now one step closer to their first-ever appearance in the AFC Cup but will face Hong Kong’s Wofoo Tai Po in a two-legged East play-off round on March 6 and 13.

The winner will join the likes of Hong Kong's Kitchee SC, DPR Korea's 4.25 SC and Hang Yuen FC of Chinese Taipei in Group I.


Ryomyong, who defeated Erchim 3-0 in the first leg, took control of the game and it was not long before they found the opening through Kim Song-Min’s 35th minute strike to take a 1-0 lead at half-time.

Kim Kwang-Ung’s side doubled their advantage in the second half following substitute Pak Chol-Yong’s effort in the 70th minute.

There was no respite for Erchim, who missed out on the last edition after losing to DPR Korea’s Hwaepul SC in the play-off, when they conceded the third goal seven minutes later.

Kim Song-Min’s second goal in the match capped off a delightful result for the Koreans who went on to win the match 3-0 to advance on 6-0 aggregate.Source: the-afc.com