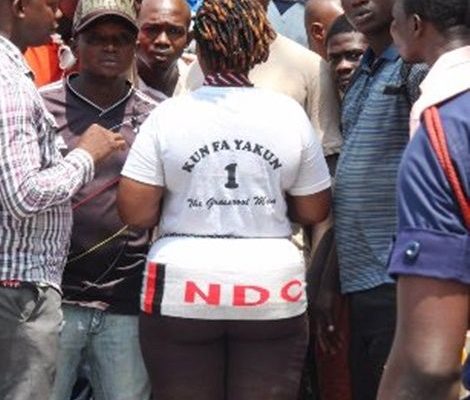 In consultation with the Council of State, President Mahama decided to remit the sentence of the Montie trio namely: Salifu Maase (alias Mugabe), Alistair Nelson and Ako Gunn on Monday.

The decision has taken many legal pundits by surprise as well as a pro NDC group by name Victory for Mahama.

The group led by Abdul Rashid Musah noted in a statement copied to Peacefmonline.com that “Inasmuch as the constitution mandates the president to activate article 72 of the Constitution, the use of it in this case was a direct slap in the face of the judiciary as an organ of government.

Below is a statement from the group

We are shocked at the president's action to pardon the ‘Montie trio’; we just can’t understand the motivation behind his pardone of the convicts.

To be frank, although we deemed the Supreme Court punishment on our friends as hash, we least expected the president to yield to the internal party pressure that came in a form of a petition by activating the Article 72.

The ‘Montie trio’ went too far with their insults and threats on the Chief Justice, but, it's sad the president had to bow to such pressure from our party.

We are today saddened and President Mahama has disgraced majority of us who have always touted him on several platforms to be someone who abides by rule.

Should the NDC loose this year’s election, we should blame ourselves as a party and not only the president. We have made decision making harder for him in this crucial time we are campaigning to retain power.

This decision by the president to pardon our own friends who made appalling statements about the Supreme Court is ill-timed, unwise and detrimental to our chance of retaining power.

Inasmuch as the constitution mandates the president to activate article 72 of the Constitution, the use of it in this case was a direct slap in the face of the judiciary as an organ of government.

The million questions begging for answers is

1.  How can we strategize in the limited time we have to campaign for the president in this hostile atmosphere we as a party has created?

2.  Why do we always have to allow the opposition to rebuke us by committing errors that could be avoided?

3.  Are we aware we have left the door open for others to insult the president and tender in petitions to be freed should they be arrested?

As a group we informed our party secretariats just as Baba Jamal warned the presidency on Okay FM some few days ago not to grant the culprits any pardon but it was ignored.

Our campaign was picking up, but, it has been crushed with this avoidable action by our president.

For us, we think it will be so hard for us as a party to retain power, though we wish we do.