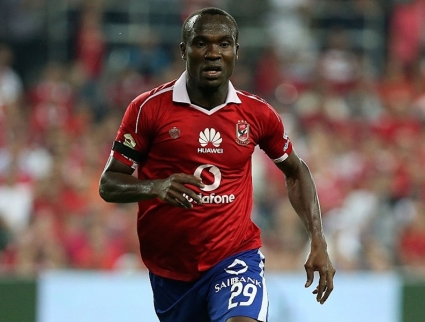 Factions of the Egyptian media are calling on the FA to move to convince Ghanaian striker John Antwi to switch allegiance and represent the record Africa Cup of Nations holders following a nationality law change.

The 25-year-old, who has spent five years in the North African nation,  is eligible to acquire citizenship if he deposits at least 7 million Egyptian pounds ($392,000) and then hand it over to the Treasury, an amendment passed by parliament on Monday said.

Under the new law, foreigners who make a deposit  or the equivalent in foreign currency receive the option of taking citizenship if they surrender the deposit after five years.

The Ghanaian, who is on loan at Misr Lel-Makkasa SC from Cairo giants Al Ahly, could be wooed to take the offer and switch allegiance to play for the Pharaohs.

He will be treated like an Egyptian if he fulfill the requirements as stipulated in the amended law.

The highly-rated striker has spent most of his career in Egypt playing for giants Ismaily and Al Ahly since 2013.