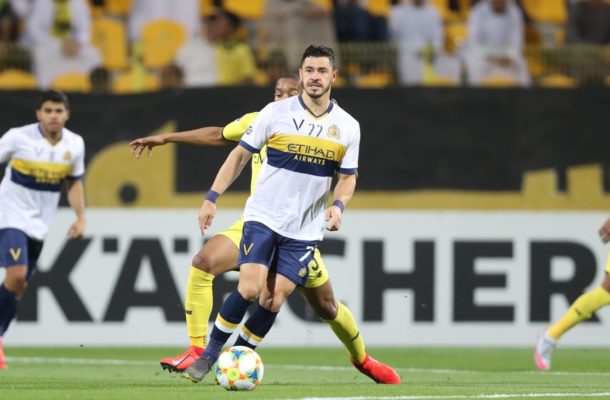 Dubai: Saudi Arabia’s Al Nassr will look to bounce back from their opening-day defeat to Al Wasl when they face the Islamic Republic of Iran’s Zobahan in Group A of the 2019 AFC Champions League at Al Maktoum Stadium on Monday.


In their first game in the competition since 2016, Al Nassr went down 1-0 in to Al Wasl, also in Dubai, and the Riyadh side have now gone four games on the continent without registering a goal.

Al Nassr have, however, been on a superb run domestically and scored deep into stoppage time to secure a 3-2 win against Ettifaq on Friday and move within four points of Saudi Pro League leaders Al Hilal.

Zobahan dominated large spells of their opening match against Iraq’s Al Zawraa last week but were unable to break the deadlock as the sides shared a goalless draw.

The Isfahan team have since won their first Iranian Pro League game since August when they defeated Padideh Khorasan 1-0 on Thursday to edge away from the relegation zone.

Al Nassr and Zobahan also met twice in the 2016 group stage with the Iranian side posting back-to-back 3-0 victories as they advanced to the knockout rounds and the Saudi side were eliminated.