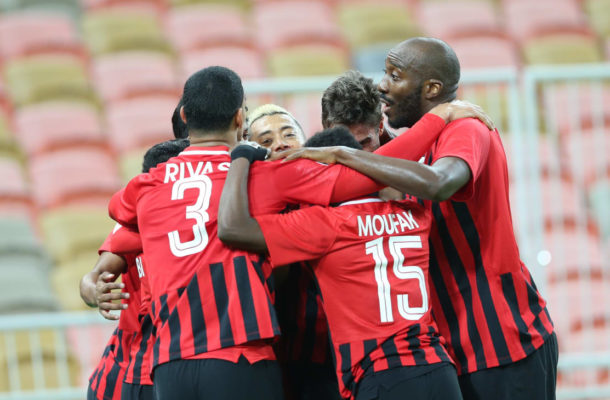 Doha: Al Rayyan will target a positive response to their opening-day defeat to Al Ittihad when the Qatari side welcome Uzbekistan’s Lokomotiv to Jassim bin Hamad Stadium in Group B of the 2019 AFC Champions League on Monday.


Gonzalo Viera gave Al Rayyan an early lead against the Saudi side, but they went on to suffer a demoralising 5-1 loss, and they have now been beaten in their past three games on the continent, stretching back to April last year.

Al Rayyan, who have never faced Lokomotiv in the AFC Champions League, last faced Uzbek opposition in the 2012 edition when they defeated Nasaf home and away before exiting at the group stage.

Lokomotiv, meanwhile, got off to the perfect start last week when goals from Temurkhuja Abdukholikov and Islom Tukhtakhujaev secured a 2-0 victory over the United Arab Emirates’ Al Wahda in Tashkent.

The Uzbek champions, whose domestic league has yet to begin, have exited at the group stage in the past two years but a second successive win would put them in a strong position after two games.