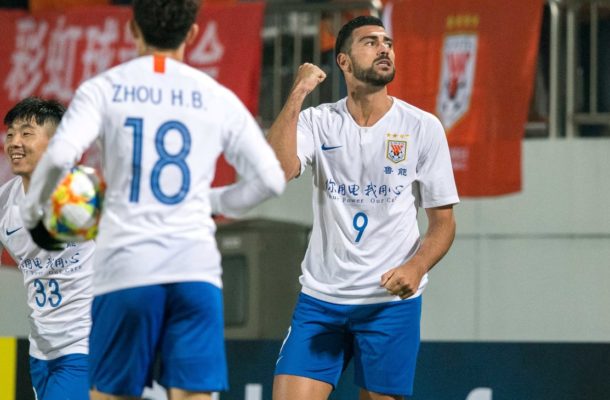 Jinan:  Shandong Luneng will look to build on their opening day draw in Group E of the 2019 AFC Champions League when they host defending champions Kashima Antlers at Jinan Olympic Sports Centre on Tuesday.


Graziano Pelle scored a brace as Shandong played out an entertaining 2-2 draw with Korea Republic’s Gyeongnam FC on Matchday One and they return home for what will be their first ever match against Kashima on the Continent.

The hosts made it successive 2-2 draws at the weekend after a stalemate against Henan Jianye in the Chinese Super League. When Shandong last faced Japanese opposition, meanwhile, they won home and away against Sanfrecce Hiroshima in the 2016 group stage.

Taiki Hirato and Serginho scored the goals as Kashima opened their campaign with a hard-fought 2-1 victory over Malaysia’s Johor Darul Ta’zim to stretch their unbeaten run in the competition to seven games.

The Ibaraki side followed up the win by picking up their first three points in the J.League on Saturday following a 1-0 victory over Shonan Bellmare.