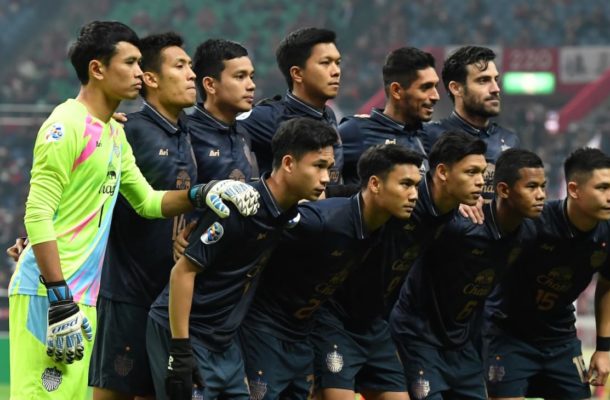 Buriram: Buriram United and Jeonbuk Hyundai Motors will face off in Group G of the AFC Champions League on Wednesday in what is a repeat of the last 16 meeting in 2018.


The Thai side won the first leg 3-2 at Buriram Stadium last year before being eliminated following a 2-0 defeat in Korea Republic, but the hosts will be hopeful that home backing can again prove inspirational against the two-time champions.

Buriram lost their opening Group G game 3-0 against 2017 winners Urawa Red Diamonds but returned to Thailand to post their first Thai League 1 victory this season after seeing off Prachuap 2-0 on Saturday.

Han Kyo-won, Lee Dong-gook and Kim Shin-wook all scored as Jeonbuk began their campaign with a 3-1 victory over Beijing FC last week, with Lee netting his record 37th goal in the competition.

The Jeonju side, who last won the AFC Champions League in 2016, then recorded a resounding 4-0 victory away at Suwon Samsung Bluewings at the weekend to claim their first three points of the K League 1 season.