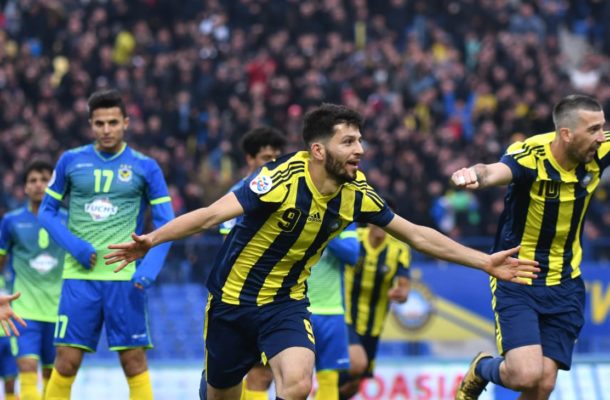 Dubai: Al Nasr of the United Arab Emirates host Uzbekistan’s Pakhtakor in the 2019 AFC Champions League Play-off round at Al Maktoum Stadium on Tuesday with the two sides aiming to return to the Continental competition for the first time since 2016.


Al Nasr finished third in the 2017-18 UAE Pro League but are sitting below mid-table in the current campaign and lost 1-0 to Al Sharjah on Thursday as their poor run of domestic form continued.

The Dubai side – who have only once reached the knockout rounds (in 2016) – faced Uzbek opposition in the form of Lokomotiv three years ago, with the teams playing out a pair of draws in the group stage. They have never before met Pakhtakor in the competition.

Uzbekistan’s most successful club Pakhtakor have also been absent from the tournament since 2016, but defeated three-time AFC Cup winners Air Force Club of Iraq 2-1 in the previous round to advance to within a game of the group stage.

A host of Uzbek internationals – including Marat Bikmaev, Egor Krimets, Dostonbek Khamdamov and Odiljon Xamrobekov – have all joined the Tashkent side prior to the 2019 campaign as Shota Arveladze’s team aim to return to the glory years.