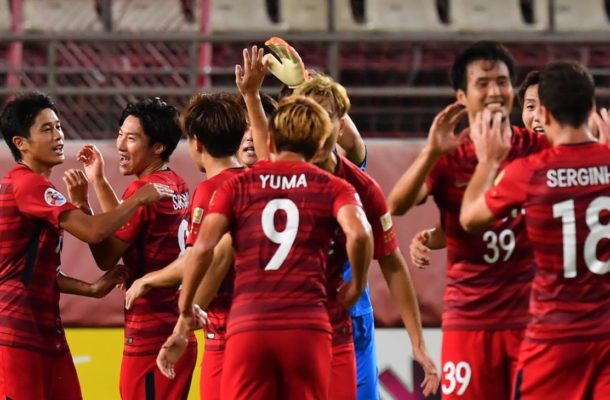 Ibaraki: Defending champions Kashima Antlers of Japan will face Australia’s Newcastle Jets in the 2019 AFC Champions League Play-off round at Kashima Soccer Stadium on Tuesday determined to advance to the group stage.


The J.League side were crowned Continental champions for the first time last year but their third-place finish in the league was only enough to grant entry into the 2019 competition’s qualifying rounds.

Kashima, who also reached the semi-finals of the FIFA Club World Cup in December, appeared in the inaugural AFC Champions League and have qualified for the knockout round six times.

Newcastle’s only appearance in the competition came back in 2009 when they reached the last 16 before being eliminated by eventual champions Pohang Steelers of Korea Republic.

Extra-time goals from Nigel Boogaard and Matthew Ridenton ensured a hard-fought 3-1 win over Indonesia's Persija Jakarta in Preliminary Stage 2 and, after recovering from a poor run of form in the league, they are within 90 minutes of joining the Continent’s elite.