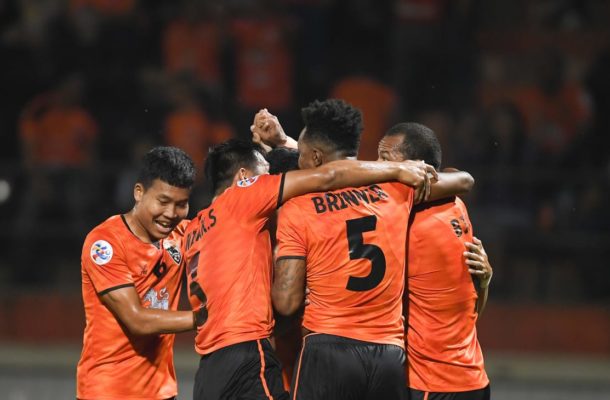 Hiroshima: Sanfrecce Hiroshima will look to return to the AFC Champions League for the first time since 2016 when they host Thailand’s Chiangrai United in the Play-off round at Hiroshima Athletic Stadium on Tuesday.


The three-time J.League champions finished second in the league last year, having only narrowly avoided relegation a year earlier. But while they have long since been a force in their homeland, they have failed to emulate that on the continent.

Sanfrecce’s best performance in the AFC Champions League came in 2014 when they advanced to the Round of 16 before defeat to eventual champions Western Sydney Wanderers of Australia, while in 2010, 2013 and 2016 they fell at the group stage.

Lee Yong-rae, Suriya Singmui and Bill all got on the scoresheet at Chiangrai defeated Myanmar’s Yangon United 3-1 last Tuesday to book their ticket to Japan.

The two-time Thai FA Cup winners have never previously qualified for the AFC Champions League, but last year they ran Shanghai SIPG close when they suffered a narrow 1-0 defeat in the Play-off round.