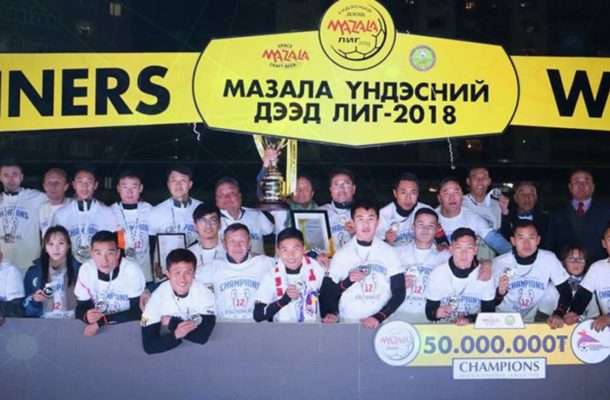 Kuala Lumpur: Six teams across three regions will begin their bid to reach the 2019 AFC Cup Group Stage with Preliminary Round first leg ties on Wednesday.

Mongolia’s Erchim FC will host the first leg in the East Zone preliminary stage against debutants Ryomyong SC of DPR Korea at the MFF Stadium in Ulaanbaatar.

The Mongolian champions are no strangers to the tournament, having played in the AFC Cup Group Stage in 2017.

Erchim missed out on the last edition after losing to DPR Korea’s Hwaepul SC in the play-off, but will be eyeing a return following their record-12th triumph in the Mongolia Premier League.

Ryomyong will be aiming high in their first-ever appearance in the AFC Cup after finishing second in the 2017-18 DPR Korea League, where they were just three points shy behind champions 4.25 SC.

Ryomyong opened their 2018-19 season with a 2-1 loss to Rimyongsu but have bounced back with a draw and two back-to-back wins to sit in third.

The match between Kyrgyz Republic’s FC Alay and FC Ahal of Turkmenistan promises to be an exciting one, as it’s a meeting between teams who faced off in the group stage of the 2018 edition.

Alay are targeting a fifth appearance in the AFC Cup Group Stage, with their 2018 campaign ending with them at the bottom of Group D without a single win.

The 2018 Kyrgyz Republic runners-up will be seeking an advantage in the first leg against an Ahal side who successfully negotiated the qualifying rounds to book a spot in the 2018 Group Stage.

Ahal also boast a better head-to-head record against Alay. In the 2018 AFC Cup, the three-time Turkmenistan Cup winners recorded two wins against their Central Asian rivals, winning 5-0 win, before coming back from a goal down to beat Alay 3-2 in their final Group D tie.
FC Alay (KGZ) vs FC Ahal (TKM)

Sri Lanka’s Colombo FC will take on Transport United of Bhutan in the first leg at the Colombo Race Course Ground.

Colombo clinched their spot in the 2019 AFC Cup Preliminary Stage as Sri Lankan champions on goal difference ahead of Renown SC after both teams finished on 40 points.

This will mark Colombo’s second attempt to progress past the preliminary round, with their first appearance in 2017 ending in a 4-2 aggregate loss to India’s Mohun Bagan.

Now, with three consecutive Sri Lanka Champions League titles to their name, Colombo will fancy their chances for a place in the Group Stage.

Transport United is on the way to Sri Lanka for the first leg match against Colombo FC on the 20th....Posted by Transport United Football Club on Sunday, 17 February 2019 Two-time Bhutan National League winners Transport United, will be looking to better their 2018 performance that saw them hold India’s JSW Bengaluru to a goalless draw in the first leg of the preliminary round before exiting the tournament after a 3-0 loss in the second leg.