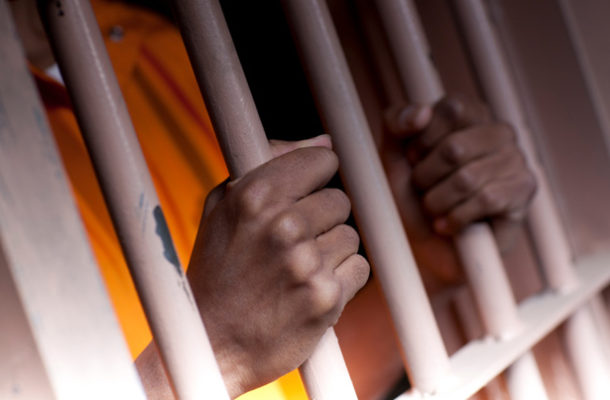 An inmate at the Ankaful Maximum Security Prison in the Central Region has allegedly cut off the penis of another prisoner who refused him “sex”.

The incident is said to have happened on Monday at about 9:00am in one of the cells.

The victim, name withheld, was rushed to the Prison’s infirmary with just a thin layer of flesh holding his penis to his scrotum,  3news.com reported.

He was given a first aid and transferred to the Interberton Hospital in Cape Coast for surgical procedure.

According to 3news.com, the suspect was said to have moved out of his Cell 12 to Cell One where he tried to force the victim to have sex with him.

When he failed, he slashed off the victim’s penis with a razor blade.

It is not clear where and how the suspect got the razor blade into his cell to carry out the act.

According to 3mews.com, the suspect had tried to carry out the act on the victim for some time now, and the two had been summoned before the prison authorities to resolve the issue.

The Police Criminal Investigations Department has meanwhile been called in to investigate the matter.