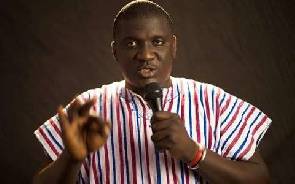 The opposition New Patriotic Party (NPP), has rubbished reports by policy think tank, IMANI Ghana, suggesting that most campaign promises made by the party are non-quantifiable, meaning they cannot be measured in terms of cost and more.

The party insisted that, their much touted one factory one district policy as well as other promises they’ve made are possible hence “we are sticking to them.”

Policy think tank, IMANI Ghana on Thursday, released a report on promises made so far by political parties ahead of the December 7 general elections, stating that only 18 out of the 247 promises collectively made by the various parties were quantifiable.

In relation to the NPP, IMANI Ghana said their promise of reviving the NHIS and the much touted one factory, one district were all not assessable.

The report said of the 29 promises made by the NPP, “only one is quantifiable, 14, semi-quantifiable and 14 non-quantifiable.”

“Under governance, 8 promises were found, 3, semi-quantifiable, and one interesting promise was to create a western north region during his [Nana Addo’s] tenure of office. What does the constitution say about this promise? Article 5 of the Constitution says that a commission of enquiry must show the president that there is substantive demand for a new region and a referendum conducted must entail at least 50 percent of persons entitled to vote. And once the vote is cast, the pass rate must be 80 percent in favour of the issue. So these provisions are to be satisfied in order for the promises to fulfilled,” Nii-Aponsah Deputy Head at IMANI in charge of Political and Economic Affairs added.

But speaking to Citi News, the NPP’s Deputy Director of Communications, Anthony Karbo, argued that all their promises are attainable and would fulfill them should they win power in December.

“I think that Ghanaians must take IMANI’s analysis of the promises that political parties and their leaders are making with a pinch of salt because it is this same think tank that when we proposed the free SHS policy, they came out and disagreed entirely claiming it was an impossibility. So I’m not surprised that once again, elections are coming and up and they will come to say that the one factory one district policy we promised is an impossibility.

There is nothing that is impossible except for incapable men.”

Anthony Karbo also said the NPP will not back down on its promises and took on IMANI for making such claims.

“On what basis is IMANI even talking about one factory, one district policy document? Have they sighted the NPP manifesto? So this is empty noise from IMANI. Ghanaians should cross their fingers, wait until the NPP launches its manifesto and then you can get a full detailed understanding on why we think that this is not just any type of policy but this is import competition industrialization and that is what we are leading to job creation and that would open up the rest of this country to a lot of employment which is a major issue,” Karbo added.