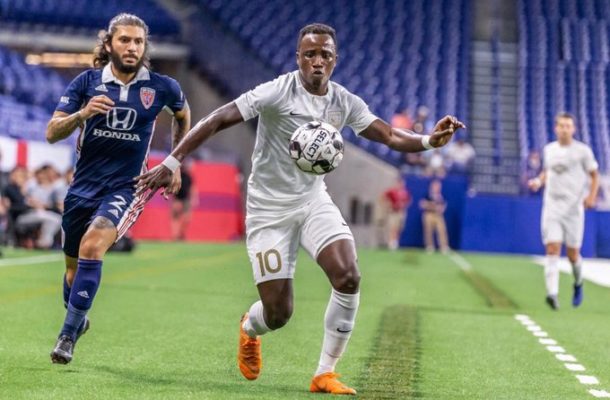 Ghanaian Youth international, Prosper Kasim scored the only goal of the game for Birmingham Legion in their 1-0 win over Atlanta FC II in United States League Championships on Saturday night.

The 23-year-old former Inter Allies midfielder scored on the brink of half time to put the host ahead shortly before the half time break at the BBVA field in Alabama.

Kasim was substituted in the second half as he continue to work towards regaining full fitness following a two weeks injury lay off last month.

The host could not add to their advantage but managed to hold onto their lead to record a narrow win over Atlanta FC II which cemented their position at the summit of their group standings.

The former Black Satellite player has been in a fine form in the USL Championship since his return from injury in midweek although he is yet to play-out an entire 90 minutes Game.

The Ghana International has played four games in the USL Championship this season with one assist to his before opening his goal scoring account in Birmingham Legion’s win on Saturday.