Qatar game a chance for redemption for C.K Akonnor and his Black Stars 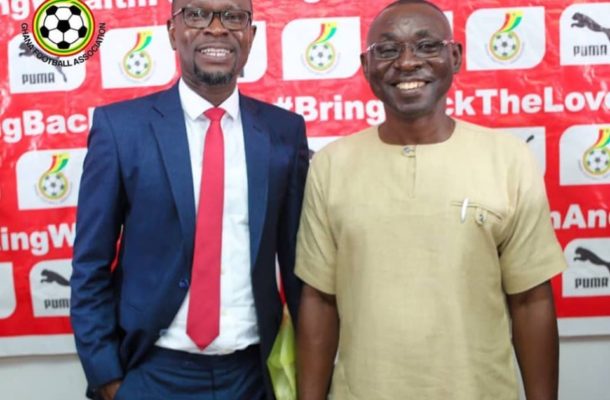 It was a horror show against Mali on what was C.K Akonnor's first game in charge of the Black Stars last Friday at the  Emir sports complex in Antalya, Turkey.

The Ghana team was a pale shadow of itself and its harsh to think just one game typifies C.K Akonnor's reign but let's not forget there is a lot of doubts about his competence and choice as the head coach of the Black Stars.

Much is expected of the coach and his team and the display's on Friday did very little to exude confidence in the Black Stars set up.

There was very little organization about the team's shape as they conceded very cheap goals due to defensive collapse.

The first two goals can be blamed on the left back Gideon Mensah but to be frank he had little or no protection from that flank.

With the third goal, it was atrocious as the striker hit the frame of the goal post but the whole defense were interested in protesting for offside than defending.

There was very little positives to be excited about as a Ghanaian but we should not start singing dirges just yet as there is a chance for redemption for C.K Akonnor and his team today when they face Asian champions Qatar.

Aside the defensive frailties, there was no obvious plan going forward as the team barely attacked through the flanks or in the middle as our midfield was non existent for most spells in the game.

With our attack there was no supplies and had to feed on scraps for most spells of the game with the half chances that came our way too we squandered them all.

I do not recall the last time we played a game for 90 minutes and failed to get a shot on target but it happened last Friday.

We are not asking for a win against Qatar but there should be a clear plan for the Black Stars today as they face the Asian champions.

The jury is still out on the appointment of C.K Akonnor but he is his own man and will live or die by the call ups and decisions he makes.

He is one of our own and I for one believe the Black-man is capable of managing his own affairs and if our President's national and GFA are all Ghanaians why shouldn't the Black Stars coach?

But the fact that I want a Ghanaian at the helm doesn't mean it should be any mediocre Ghanaian.

It's early days but as we say in Akan if the game will be nice it starts from the morning, C.K Akonnor and his team must show an intent than that lackluster,insipid and tame surrender to a young makeshift Malian side.