Qualifiers - Group B: Bangladesh finish with a win 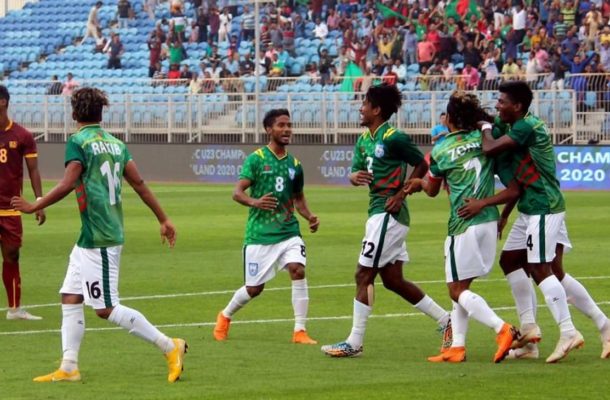 Manama: Bangladesh completed their unsuccessful AFC U23 Championship Thailand 2020 qualifying campaign on a winning note, defeating Sri Lanka 2-0 in their final Group B fixture on Tuesday.


Both teams had been eliminated from the qualification race 48 hours earlier, but Bangladesh emerged victorious in the all-South Asian clash thanks two goals in the opening 20 minutes.

Under the tutelage of English head coach James Day, the Bangladeshi side had impressed in narrow 1-0 defeats to Bahrain and Palestine, but here they wasted little time in finding the net through Biplo Ahmed, who opened the scoring in the fifth minute.

Sri Lanka had experienced defensive collapses in their previous matches, both 9-0 defeats, but they managed to avoid a similar fate this time around, preventing Bangladesh from adding to their lead throughout the remainder of the match.

Despite their improved defensive display, Sri Lanka weren't able to break through for a goal of their own, providing Bangladesh with some small consolation to end their campaign.