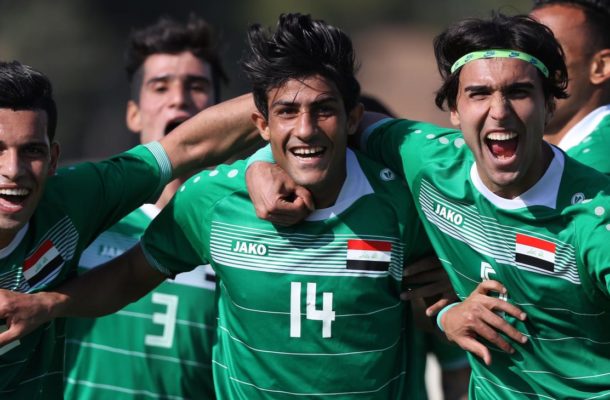 Tehran: Iraq enjoyed an opening day win in Group C of the AFC U23 Championship Thailand 2020 Qualifiers after beating Yemen 5-0 at the PAS Stadium on Friday.


Champions in 2013, Iraq were on form against Yemen, taking the lead in the 16th minute through Amir Fouad, before Hussein Jabbar Al Majidi doubled their advantage in the 35th minute.

Yemen showed signs of bouncing back but were heavily punished a minute before the break when a penalty was awarded to Iraq for a foul in the box, and Fouad made no mistake to make it 3-0.


In an attempt to make a comeback, Yemen head coach Sami Hasan Al Hadi sent on Nasser Al Gahwashi and Ahmed Maher immediately in the second half, but they suffered a further setback when another penalty was given to Iraq in the 65th minute.

Murad Mohammed Subeh neatly converted the spot-kick, before scoring another in open play in the 79th minute to end Yemen's hopes.

Yemen will look to bounce back against Islamic Republic of Iran, while Iraq take on Turkmenistan on Sunday.
Source: the-afc.com