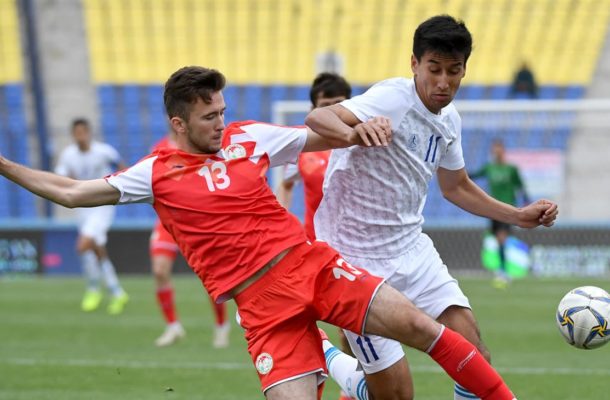 Tashkent: Defending champions Uzbekistan secured their place in the AFC U23 Championship Thailand 2020 Finals after playing to a 0-0 draw with Tajikistan on Tuesday, progressing as Group F winners.


In a three-team Group F, Uzbekistan and Tajikistan were level on three points each after beating India in their opening fixture, but the young White Wolves were ahead on a better goal difference.

Tajikistan had never made it out of the Qualifiers in their three previous attempts, but were hoping to make a difference this time around as they set out against the defending champions at the Pakhtakor Stadium.

It was a highly competitive all-Central Asian tie, with Tajikistan's Manucher Safarov receiving the first yellow card of the night just five minutes into the game.

Bobir Abdixolikov came off the bench in the 55th minute, before Oybek Bozorov was called in at the 75th minute but the game was still in a goalless stalemate.

Tajikistan sent on Shervoni Mabatshoev late on but to no effect as Uzbekistan confirmed their place in the Finals.