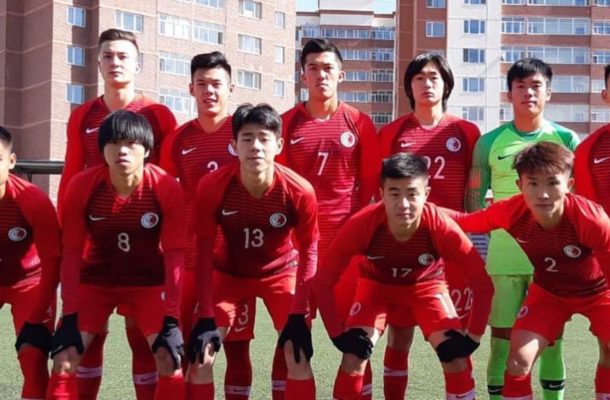 Ulaanbaatar: Hong Kong and Singapore played to a 1-1 draw on Matchday One of the AFC U-23 Championship Thailand 2020 Qualifiers at the MFF Stadium on Friday.


The result is a positive start for Singapore, compared to their 2018 qualifying campaign, where they suffered a 2-0 loss to Myanmar, while it was a similar result for Hong Kong, who had drawn with DPR Korea two years ago in their opening match.

The match between Hong Kong and Singapore was locked in a stalemate as both sides showed serious intent in making a good start, but the first half remained goalless despite their best attempts.

The two sides were definitely equal in many ways but it was Hong Kong who drew first blood, with Tsui Wang Kit finding the back of the net in the 52nd minute.

But the East Asians' celebrations only lasted for a minute as Lionel Tan found the equaliser just seconds after the restart.

Hong Kong head coach Juan Carlos Cuesta then reinforced his side's offensive capabilities by bringing in Cheng Siu Kwan in the 65th minute, but Singapore held on strongly as the teams shared the points.

Hong Kong will go up against Mongolia next, while Singapore play DPR Korea on Saturday.