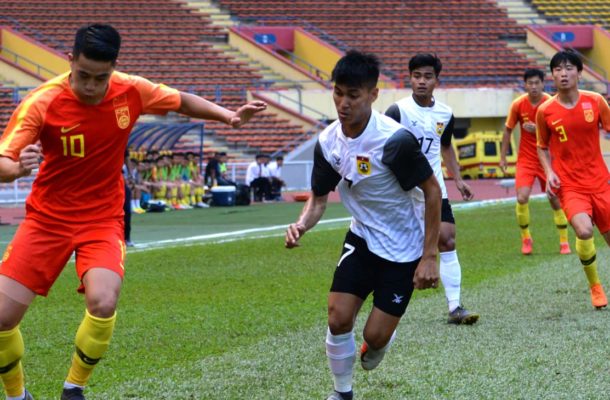 Shah Alam: Yang Liyu’s brace steered China PR to a 5-0 win over Laos on Matchday One of the AFC U23 Championship Thailand 2020 Qualifiers at the Shah Alam Stadium on Friday.


It was a tightly contested affair as both sides were evenly matched but it was China who had better opportunities upfront and the young Team Dragon finally broke the deadlock at the half hour mark.

Liyu put his side in front when he converted from the penalty spot as China took control of the match before doubling their advantage through Shan Huanhuan’s strike in the 42nd minute.

The Guangzhou Evergrande forward scored his second in added time as China took a healthy 3-0 lead going into the break.


Laos came back fighting in the second half but it was not their day as China kept their opponents in check and further their advantage with two goals in added time from Lin Liangming and substitute Cao Yongjing to seal the victory.

China will face the Philippines next on Sunday, while Laos play Malaysia.Source: the-afc.com