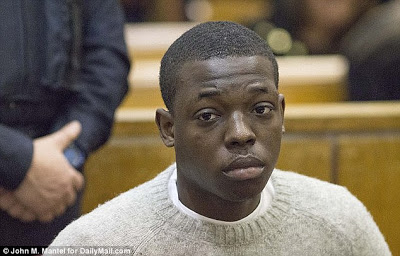 Rapper Bobby Shmurda, 22, will be serving a minimum of 7 years in prison after he agreed to a plea deal on charges of conspiracy and possession of a weapon.

Bobby had a choice to turn down the plea deal and go on trial but if he'd been found guilty, he would have been sentenced to decades in jail, so he instead took the advise of his lawyer.

The rapper, whose hit song 'Hot Boy' made him a household name was arrested in December 2014 alongside 15 other Brooklyn street gang members involved in violent drug wars, murder and attempted murder.

Bobby has been in prison for 20 months so that will be taken into account when a release date is set. So he will basically be in prison for a little over 5 years.