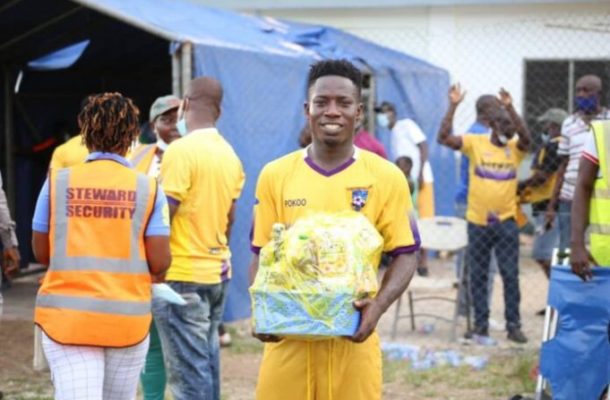 Medeama midfielder Rashid Nortey was crowned the fans best player after their 3-0 triumph over  Ebusua Dwarfs on Sunday.

The midfielder put in a great shift as his side romped to a victory after a lackluster first half in the game which ended goalless.

Amed Toure, Ibrahim Yaro and Prince Opoku Agyemang scored in the second half to record their fourth straight win in the second round of the campaign.

Rashid Nortey provided the assist for Ibrahim Yaro's goal the second of the day with a long ball and was rightly awarded the best player after his virtuoso performance.

He has scored two goals in the on going Ghana Premier League season while providing five assists.

The player was effusive as he praised the supporters for such a laudable initiative.