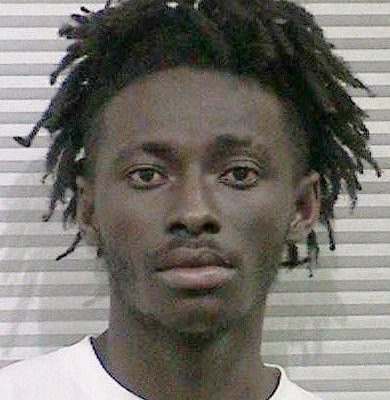 A young male Rastafarian, has tested positive for the novel coronavirus while in police grips for robbing two women at knifepoint.

The 22-year-old U.S-based Ghanaian,  Richard Opoku-Agyemang is currently in the Cache County Jail in Logan, Utah, and has been charged with two counts of aggravated robbery, a first-degree felony. He also faces a Class-A misdemeanor possession of a controlled substance charge in a separate case.

Documents filed with the court state Opoku-Agyemang tested positive for the novel coronavirus and was ordered to self-quarantine for 14 days if he were to post bail.

Opoku-Agyemang will appear for a preliminary hearing in 1st District Court on June 22.

According to a probable cause affidavit, Logan City Police officers responded to the robbery incident on May 26.

Police wrote he forced the victims to remove their clothing down to their underwear and began searching through their possessions. It’s alleged he stole a phone, a charging bank and $50 before fleeing on foot.

When the alleged victims attempted to stop him, police wrote, Opoku-Agyemang continued to brandish the knife.

When contacted by police, he said he did not remember anything from the time of the robbery.

Another affidavit filed with the court stated methamphetamine was found in Opoku-Agyemang’s wallet.

He was initially charged with a single count of aggravated robbery; according to documents filed with the court, the charge was amended to two counts on June 11.

Opoku-Agyemang was booked into the Cache County Jail on May 29 and is currently being held on $50,0000 bondable bail.