Re: Ayikoi Otoo peddled untruth about Parliament and Speaker 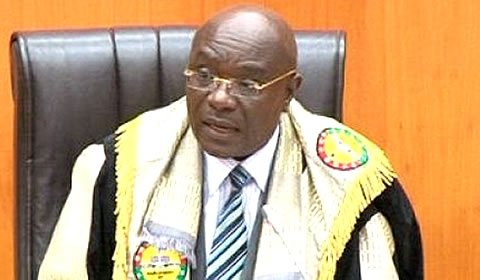 The Office of the Speaker of Parliament, Edward Doe Adjaho has taken an exception to comments made by former Attorney-General and Minster of Justice and a former Clerk of Parliament on Joy News/MultiTV's news analysis programme, Newsfile.

Ayikoi Otoo and Samuel Ntim Darkwa speaking on Newsfile on September 3, commented on the Speaker's dismissal of the matter brought before the House by the Minority to consider a motion to start investigations into the gift of a Ford Expedition vehicle to President Mahama by a Burkinabe contractor.

A rejoinder sent to the Multimedia Group Thursday and signed by the Special Assistant to the Speaker of Parliament, George Opata said "given the stature in society and pedigree of Mr Ayikoi Otoo as a former Attorney-General and Minster of Justice, its is critical we correct factual inaccuracies and clear untruth he peddled about parliament and the Speaker to the unsuspecting public, particularly when his statements were being transmitted through a worldwide media outlet such as the Multimedia Newsfile programme, and re-enforced by the report in the Chronicle."

It quoted the Chronicle newspaper report of Mr Otoo having said, "The Speaker over-relied on the test case of Messrs Okudzeto Ablakwa and Dr. Omane Boamah versus Jake Otanka Obetsebi Lamptey and that the Minority did not get justice from the decision delivered by the Speaker..."

The rejoinder also questioned why Mr Darkwa was unable to advise former Speaker Ebenezer Begyina Sekyi-Hughes whom he was consulting for during the case involving the Hotel Kufour Saga.

The former Clerk had said on the Newsfile program that the Speaker "erred in his outright dismissal of a motion brought before him by the Minority in respect of the controversial Ford gift scandal involving President John Mahama..."

Below is the rejoinder issued by the Office of the Speaker: 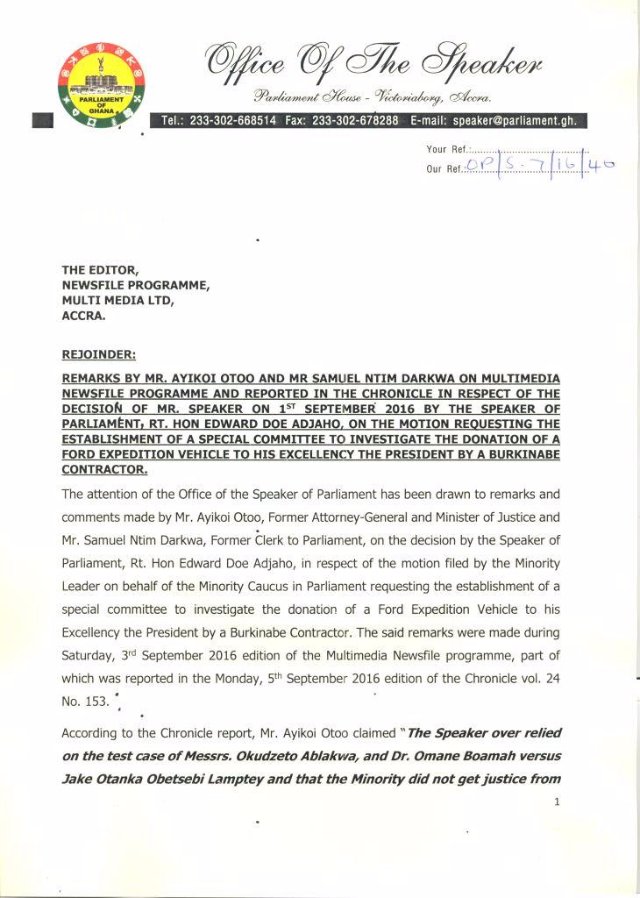 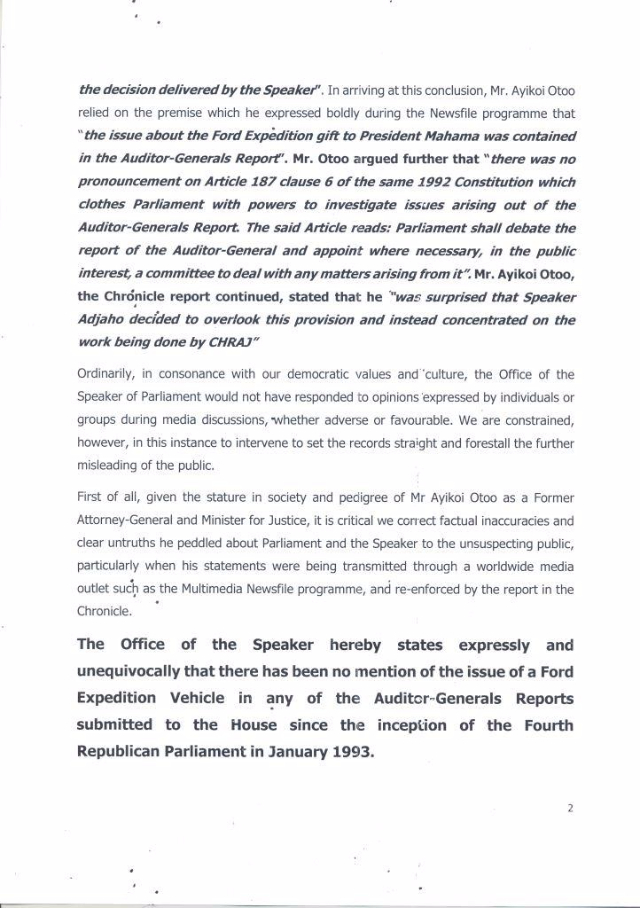 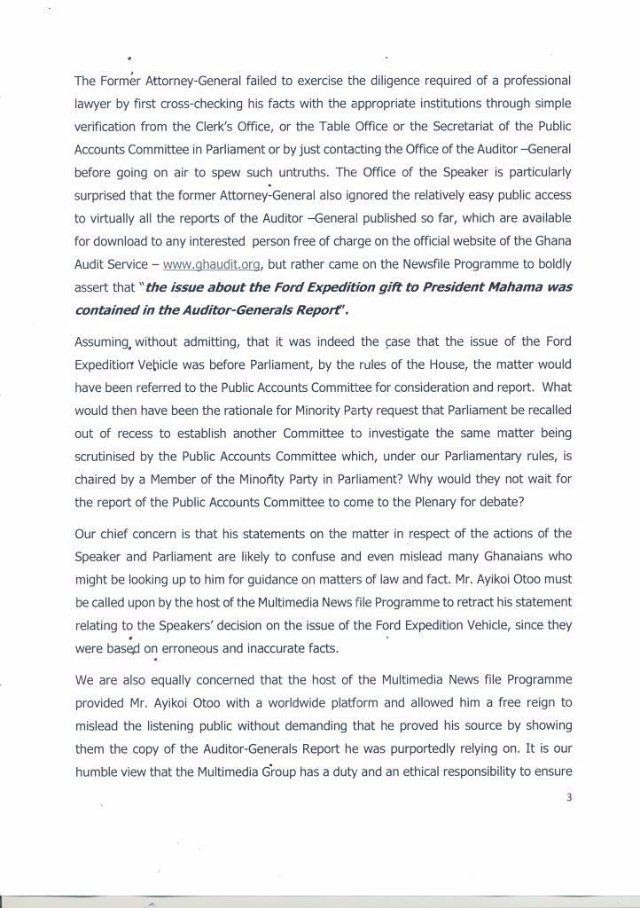 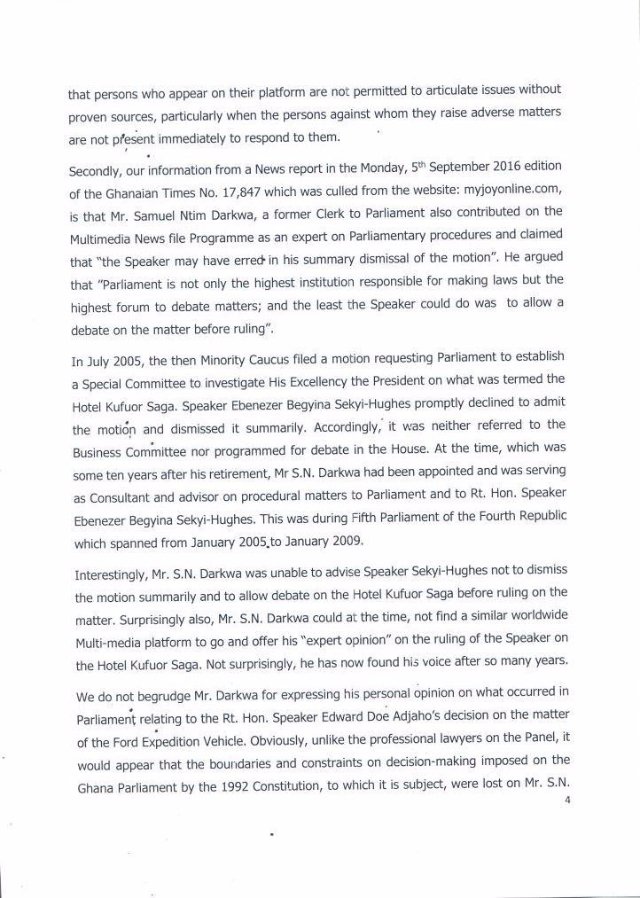 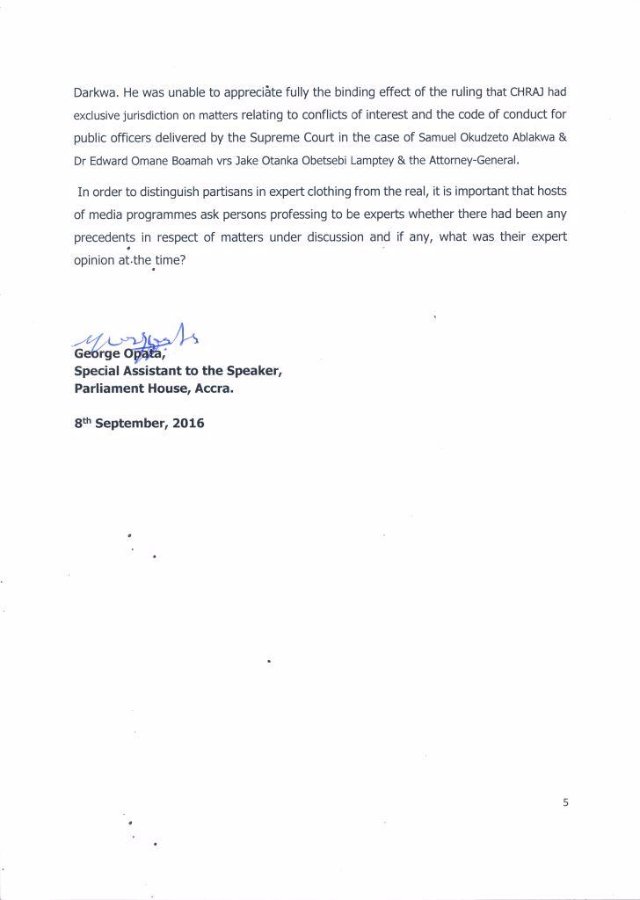