Re-opening of schools: The Minister's solution that cause more problems than COVID-19 - SRC President, UEW-K 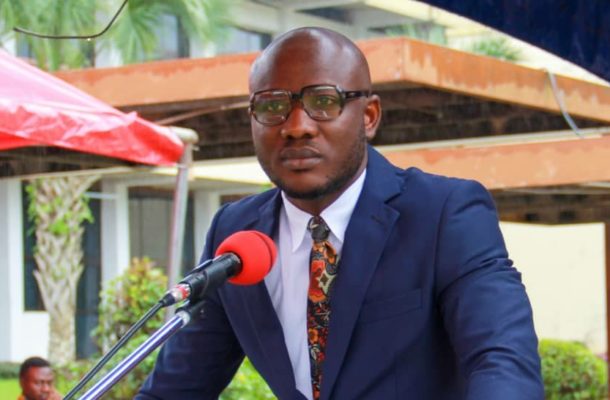 The haste with which schools were closed down in the wake of the COVID-19 pandemic thrown every University Management into the air. With the announcement of going online, thus the embattled e-learning system which saw a lot of backlash from students: the fear of the internet became a thing of the past.

The novelty of the pandemic called for novel decisions to keep the educational system running. Hence in the case of UEW, the introduction of the moodle platform. With its innitial problems, tirelessly such have been fixed over the period of mandatory stay at home.

Public discourse on the closure of schools seems to have given government some level of leverage even with the opposition NDC. In some instances, the arguments and counter arguments point to the same solution.i.e closure.

In the immediate, University Managements have placed a great deal of emphasis and energy to developing robust e-learning systems and have also made provisions for the excesses created by these systems to be able to equitably implement these systems to favour all students. Both the one in an affluent society and the less must not be disadvantaged. They say.

Just at the normalisation stage, the President announces the re-opening of schools to FINAL YEAR STUDENTS. I was not alarmed because the wide consultations with all stakeholders appear to water down backlash. In the case of NUGS, the stands of government was what was read to us at their presser: playing the devil's advocate. The window was given to the Minister of Education to now define the specific roadmap to opening schools in light of who a final year student is.

In the Ministry of Information's press briefing, as usual the Education Minister was in his flamboyant state to itemise the spicific standard procedure for reopening of schools. I was shocked to learn after all the talks that he could not in this instance define who is a final year student in the case of the Universities.

However, there is an erroneous impression that final year student is a regular student with one or less than one academic year to complete school.

The numerical analysis of these streams defeats the idea for which reason only final year students were allowed the doors of the Universities.

Currently, there is a heavy burden on the University Managements whether or not to allow all the final year students in all the streams to come to school or just the regular students.

It is a know fact that, if all the final year students of all the streams report, it will render the WHO protocols useless. And our resolve to solve the problem will rather escalate the surge in numbers of the COVID-19 positive cases.

I am therefore calling on the Minister to come clear on his definition of a final year University student and which stream of same should come to school on the 15th.