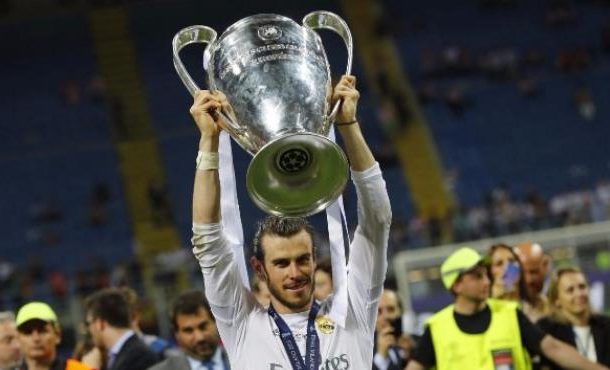 New contracts are becoming a common theme over in the Spanish capital, with the most recent being Real Madrid's midfielder Toni Kroos after he signed on to £350,000-per-week until 2022.

Now it appears to be the turn of Los Blancos star forward Gareth Bale, with the La Liga giants keen to tie down the Welshman to a contract of similar size in an attempt to scare off other teams from eyeing up their Galactico.

According to Spanish news outlet â€‹Cadena Ser, the former Tottenham Hotspur wide-man is on the verge of signing a new six-year-deal until 2022, but the huge talking point is the release clause that is within this contract.

If anyone feels like forking out some cash to bring the 27-year-old to their club, they will have to meet a sensational sum of £452m. And no, that isn't a typo.

Since joining Madrid in the summer of 2013 for £85.5m from White Hart Lane, Bale has made 87 appearances, scoring 50 goals, and it seems that the European giants, and Champions League reigning champions, are quite fond of the Welsh international, and keen for him to continue to ply his trade in Spain for the foreseeable future.

Forget foreseeable future. With a release clause that big, it wouldn't be surprising if Gareth Bale played for Real Madrid for the rest of his life. Not a bad future really.

Reports also suggest Madrid aren't done there in terms of handing out new contracts, with Portuguese pairing Pepe and Cristiano Ronaldo next on the list to confirm their commitment to the club.