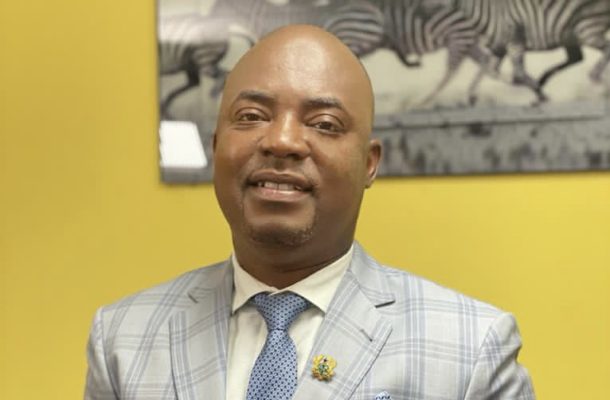 A former Member of Parliament (MP) for Mion in the Northern Region, Mohammed Abdul-Aziz, is not convinced with the reasons the Minister of Defence, Dominic Nitiwul gave for the president’s neglect of the presidential jet for a private one during his recent foreign trips.

Speaking on the Breakfast Daily Show on Citi TV, on Thursday [June 17, 2021], the former MP said the current presidential jet is in good shape and could have been used by the president for his trips.

“The reason that they can’t do a straight journey to France is not true. I have done my checks. The Falcon 900 that we have can do 13 hours straight flight.”

“So that doesn’t wash and makes no sense. They could’ve also flown back to Accra and then straight to South Africa. So there is no reason in their explanation that what we have now could not have been used for that trip,” he insisted.

President Nana Akufo-Addo has been widely criticised after it came to the fore that his recent visit to France, Belgium, and South Africa were done using an expensive private jet he rented using taxpayers money.

The issue was first raised by the Member of Parliament for North Tongu, Samuel Okudzeto Ablakwa who subsequently demanded answers from the Defence Minister, Dominic Nitiwul in Parliament.

Mr. Nitiwul, who appeared in Parliament on Wednesday, June 16, 2021, justified why President Akufo-Addo didn’t use the presidential jet for the trips saying the ultimate factor for such decision was “safety”.

Mr. Nitiwul insisted that the challenges with the current presidential jet such as the limited passengers it can carry, the number of times required for refuelling on a trip, and luggage capacity among others, make the aircraft not fit for purpose.

“This aircraft will carry a load of 11 persons minus the crew. When this aircraft is travelling to the eastern part of the USA or Asia, it will not load a crew of more than eight plus the luggage. So it depends on where it is going. Secondly, I have also said the aircraft has to do refuelling stops, and also in this COVID-19, when you are travelling to multiple destinations like the president’s recent travel, the Falcon couldn’t have been taken because he would have had to do technical stops which are not desirable, and when he is travelling with more than 20 people like he has been doing for business trips that brought huge sums of money for this country, he will need more than just a Falcon, otherwise, the others would have to go a day ahead before the president to prepare themselves.”

However, the explanation has generated public disquiet.

While some say it is a waste of the public purse, others maintain that the safety of the president is paramount to any amount of money.